Attracts investments to the tune of Rs 119,000 crores during ‘Investors Summit’

Punjab tops in rolling out e-district project across the state

Chandigarh, December 29 (NewZNew) : The year 2015 is going to conclude on a high note for business investments and governance reforms besides creation of infrastructure and inclusive growth of populace in Punjab. In this year Punjab government has initiated various development projects including construction of highways connecting all major towns at a cost of Rs 20,000 crores. State had also focused on provisioning of all basic amenities in all 165 towns besides strengthening governance reforms in the form of e-district and constructed 2174 ‘e-sewa kendras’ to provide online citizen centric services.

Disclosing this an official spokesman said that Punjab government’s ‘Progressive Punjab Investor Summit-2015’ held at ISB SAS Nagar was a grand success in which investors from across the globe had shown tremendous interest in making investments which would result in strengthening the infrastructure and give impetus to the state economy as well as ensuring job avenues for 2.5 lakh youth.  This summit registered a big success with strong inflow of investments across core sectors and 387 MoUs were signed with proposed investments of approx Rs 119,000 crores. “Deputy Chief Minister Mr. Sukhbir Singh Badal’s initiatives of interacting with national and international industrial giants and his idea of setting up of one office, one number, one email and one person mechanism at Punjab Bureau of Investment Promotion (PBIP) played important role in this grand success”, he added.

He informed that state government had announced a slew of tax exemptions for the food processing sector keeping in view that investments in this sector would benefit agrarian state’s farming community. In order to promote and encourage industrialists and businessman of the state, Punjab has announced to come up with a “Make in Punjab” policy thereby providing incentives for growth of local industry. State had also declared to provide VAT retention and power incentives even for expansion of existing units under new industrial policy.

The spokesman further added that State is formulating a new power policy in which existing units would also get the cheapest power which is below Rs 5 per unit keeping in view their present consumption. “Small scale entrepreneurs had been advised to pay lump-sum taxes by adopting “Rahat Scheme” that had already been implemented for the traders to end ‘Inspector Raj’ across the state”, he stated.

Elaborating more he said Punjab had also tied up with various companies to setup 150 skill development training centres in rural and urban areas as the government was focusing to train about 1.5 lakh youth per year as skilled force so that they could start their own ventures. With such initiatives Punjab will soon become the most skilled state of the nation. Besides this, 50 skill development colleges for girls were also being established in rural areas.

The spokesman emphasized that Punjab is the only state where every village, town and city is connected through road network and state has the maximum density of roads in the country. The Deputy Chief Minister Mr Sukhbir Singh Badal is very keen to provide best connectivity in the state in terms of road, air and rail and stressing upon to strengthen and broaden the state highways from 4 to 6 lanes with an investment of about Rs 20, 000 crores.

He said that Punjab is inviting its farmers to generate power from non-conventional energy resources and residue of crops besides devoting special attention to commissioning new biomass based plants. Solar plants are one of the major sources of production of clean and green electricity and various companies including farmers have shown keen interest in setting up solar plants which will boost the progress and its citizens to a great extent, he stressed.

To carry out developmental works in the rural and urban areas he said that Punjab has chalked out a plan to spent Rs. 6000 crores under its “rural and urban mission” scheme for up-gradation and repair of link roads, clean drinking water, street lights, drainage system, sewerage facilities etc. “The state government also initiated the process to recruit 1.5 lakh youth in keeping with its policy of providing employment to youth”, he revealed.

Also Read :   Telegram to introduce group video calls in May

On governance reforms front, he said that Punjab has brought 206 services in the ambit of Right to Service Act (RTS) to ensure time-bound delivery of public services to the citizens as a matter of right. A new 1905 helpline number have been introduced to provide a direct access to the Deputy Chief Minister office for speedy redressal of public grievances after the grand success of email id: [email protected]  State is also leading the nation in implementing e-district project across the state after its successful operation in Kapurthala and Shaheed Bhagat Singh Nagar districts.

The spokesman said that Deputy Chief Minister had announced that “My aim is to make the Punjab ‘not inline but online’ and under this mission the state-of-the-art 2174 sewa kenders have been constructed to deliver more than 200 citizen centric services regarding government to citizen (G2C) and business to citizens (B2C) services in rural and urban areas. Besides this, more than 153 fard kendras, 132 suwidha kendras and 500 saanjh kendras (police outreach centres) had already been established across the state.

He emphasized that indeed Punjab is moving at a rapid pace by implementing every policy effectively and efficiently focusing on the inclusive growth of the state and its citizens. “Punjab government has been emphasizing that in the coming months the state will witness inclusive development on a massive scale as the State had chalked out its unique agenda to develop the state socially and economically” he added. EOM 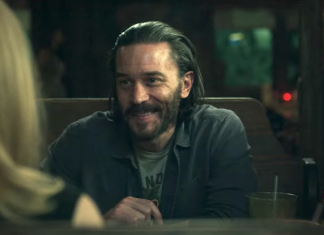