MSME is the key engine of social and economic growth of the country, and the forthcoming industrial policy of Punjab puts special emphasis to propel its progress in the state, said Rakesh Verma, Secretary of Industries and Commerce, Punjab. 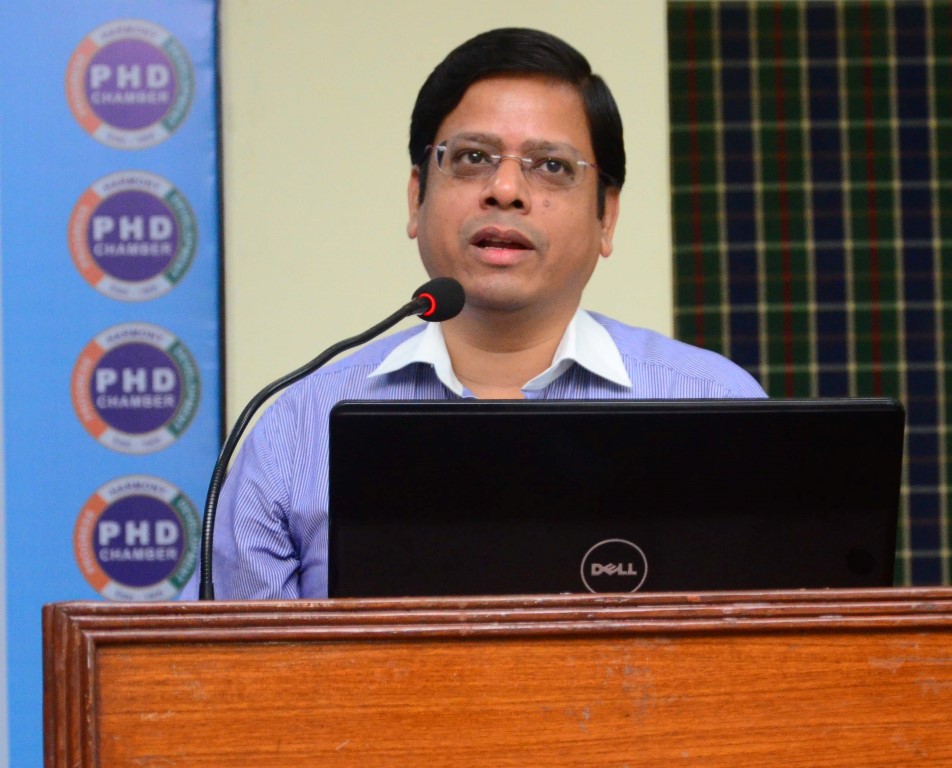 Speaking at the inaugural of the one-day conference organized by PHD Chamber of Commerce and Industry, on “Propelling MSME Growth”, he said that the state government intends to stimulate industrial revival in the state by creating conducive environment for industry, ensure skills development and open newer employment opportunities for the youth.

He asked the industries to form clusters in their respective areas for which the state government would facilitate access to  substantial Centre’s grant and other infrastructure support.

Cluster development is one of the key strategy that the state government has planned in the state, he added.

There are over 1.5 lakh MSME units in Punjab and state is setting up Bureaus to facilitate regulatory clearances, and fiscal incentives, besides setting up 10 new Technical Centres in next two years to propel economic growth, he informed.

A facilitation council of Punjab government is already helping MSMEs to sort out the issues of delayed payments and more such branches are planned to be opened in Punjab, Rakesh Verma said.

Regional Director of Reserve Bank of India, Nirmal Chand,  informed that RBI has taken several initiatives under National Mission for Capacity Building of banking sector to sensitise them to meet the need of the industry in the country, simplify the documentation process, and make disbursements time-bound, apart from offering 100 % collateral –free finance to the startups.

On the other hand, RBI is in touch with industry and helping them understand the significance of documentation for quick approvals of loans from the banks.

SIDBI’s Regional Director, Anand Prakash Srivastav, informed about their advanced Skills Development Centre set up in Mohali with stimulator which is guaranteeing 100 percent employment to youngsters, and has also signed up an MoU with Mohali Industries Association, on whose recommendation, as per the parameters of due diligence, collateral free loan would be available to the industrial units.

SIDBI is also organizing financial health checkup camps in the region where balance sheet and other financial documents of industry are analysed to point out discrepancies, if any, so that access to finance becomes trouble-free.

Later, Punjab’s Director Industries & Commerce, D.P.S. Kharbanda, asked the industry to form clusters and take advantage of team-work for which the government would lend all support.

Ashok Sangwan, Director Industries & Commerce, Haryana, informed that a Mini Cluster Scheme has been launched where the state government provides almost 90 percent of the funding upto Rs.2 crores, and Haryana intends to setup 25 such mini clusters by 2018.

The state government is reaching out to industry and resolving the issues of MSMEs right on the spot through its ‘Samadhan Divas’ programme being implemented in 10 industrial districts of Haryana.

A K Malhotra, General Manager (Technical), Industrial Development-cum-Facility Centre, UT Chandigarh informed that for public procurements by UT Administration, preference is given to MSMEs, and through single-window portal all clearances and approvals can be obtained online.

Earlier, R.S. Sachdeva, Chairman of Punjab Committee, PHD Chamber, said that MSME sector requires hand-holding by all stakeholders especially the government and the financial institutions to grow and stay competitive especially in the global marketplace.

In another session moderated by PHD Chamber’s convenor of financial and banking services committee, Mukul Bansal, along with SIDBI General Manager Anand Prakash Srivastava, Ashok Tandon of Milestone Group, and officials from PNB and United Bank discussed the financial options available to MSMEs through banks and NBFCs, and informed the participants about fair evaluation of plant and machinery for availing bank finance.

Sarvesh Thakur, Bombay Stocks Exchange, and Gujarat based Nikhil Shah director of Beeline Broking Ltd, deliberated on the options available to MSMEs in the capital market and access to venture capital funds.

Balkar Singh from Punjab Energy Development Agency (PEDA) emphasized the need for MSMEs to adopt newer technology for efficient use of energy as well as alternate sources of energy to enhance competitiveness of MSMEs.