Rahul Gandhi’s office was attacked on directions of CM office: Congress: The Kerala Assembly on the opening day of the session on Monday witnessed tumultuous scenes with the Congress-led opposition staging a walk-out amid sloganeering. 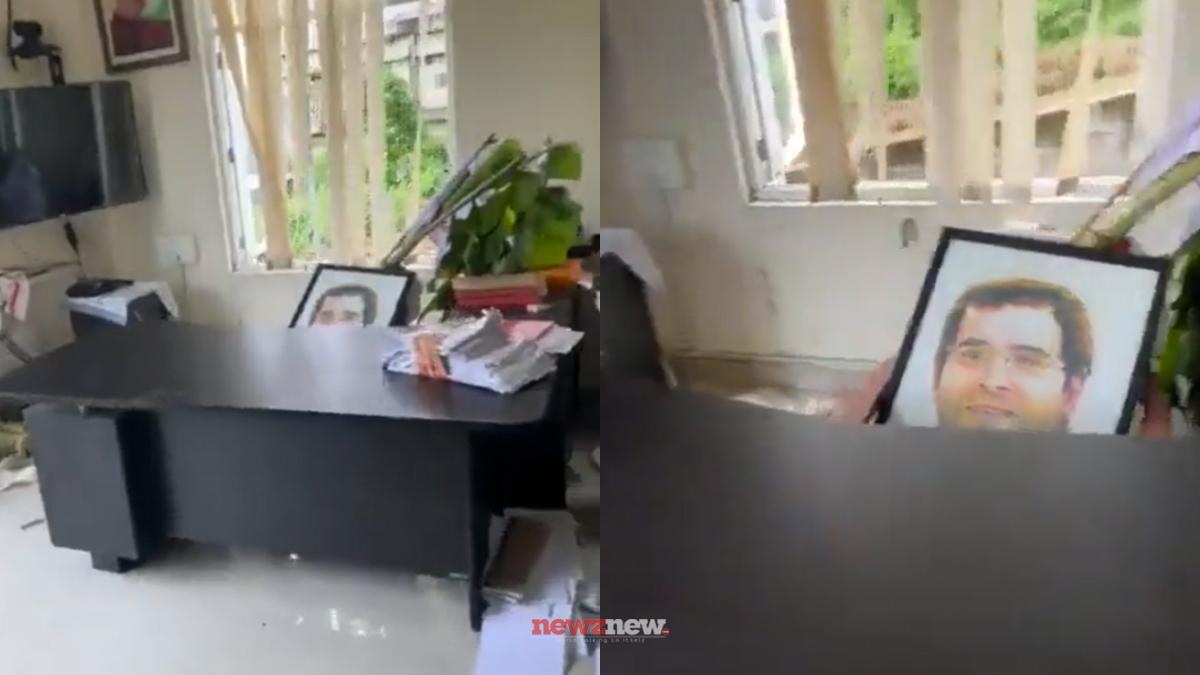 They feel their aggression will save Chief Minister Pinarayi Vijayan from the consequence of his few undesirable acts. The attack on Rahul Gandhi’s office at Wayanad was the brainchild of Vijayan’s office,” Satheesan alleged.

Soon after the House assembled at 9 a.m., chaos ruled as the Speaker (M.B.Rajesh) disallowed the TV channels from covering the Question hour and provided censored visuals wherein the protests of the opposition was edited, drawing huge criticism from the media.

Later, the Speaker’s office said it was due to a “communication gap”.

When the house reconvened after almost an hour, the opposition was seen shouting slogans and when the speaker attempted to go forward with the next, the sloganeering increased.

Satheesan accused the CPI-M of helping the BJP who are against Gandhi. “Vijayan, who is caught in multiple issues and with the Central agencies in tow, wants to please the BJP and hence they are doing all this. We will not be cowed down by it. Media censorship was also done by Vijayan. He is trying to ape Modi, but we will not allow it,” added .

“Vijayan has turned into an autocrat and that’s why even censorship has come into force. We will not take things lying down and will return to the house tomorrow and take up issues again,” he said.

Six opposition legislators turned up in black shirts and black masks as a protest against Vijayan who earlier this month had allegedly refused to let people in black dress or mask enter his programme venues.