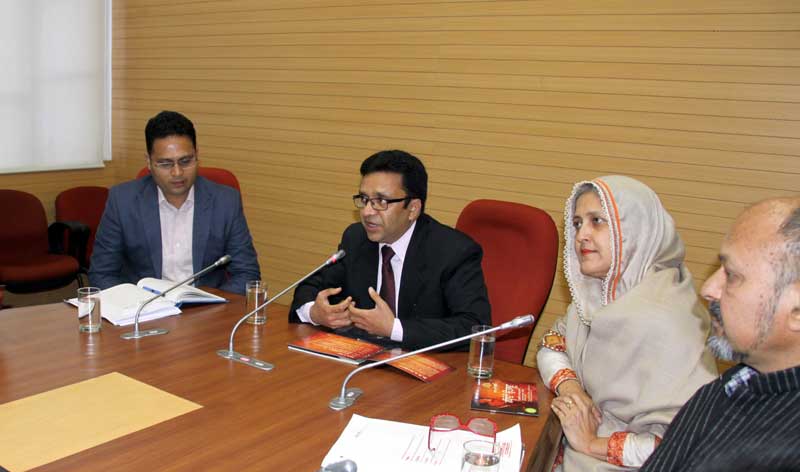 The conference was to bring forth the achievements and work of the legendary Dr. M.S. Randhawa, and to introduce the media about the festival that is going to be held from 2nd February to 3rd March 2016. As an IAS officer, Dr. M.S Randhawa’s contribution towards the city is commendable, and this Utsav would prove as a perfect platform to enlighten the citizens about his contributions and achievements.

This initiative will help in making Chandigarh an Art and Cultural hub. On the curtain raiser i.e. on 1st February 2016, the citizens can relish Gazals, Folks singing, Theatre plays, Haas Kavi Samelan, Jugalbandi- Flute and Sarangi,  Sitar Vadan, Youth festival and much more. Daily exhibitions of painting, Visual Arts, Folk Arts etc will be conducted to engage the citizens. A lifetime achievement will be conferred to Dr. M.S. Randhawa by the Chandigarh Administration for his outstanding contribution towards the city.

Also Read :   Young Entrepreneurs of Chandigarh Launch “Worth It” App

The cast & crew attended a red carpet Premiere of Punjabi...