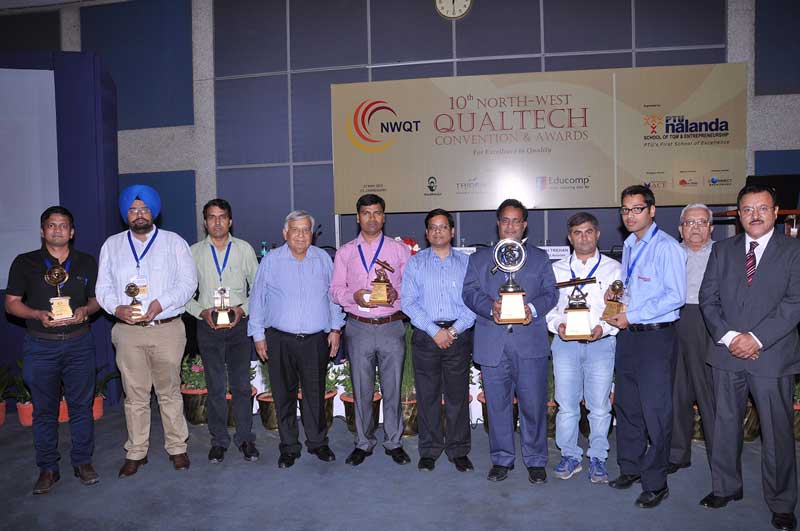 In less than Rs.150 crore companies, Hella India Lighting Ltd, won the Winsome Quality Pathfinder Award, and SKG Engineering were the runners up.

In the service sector category, Globe Toyota won the Educomp Quality Innovator Award whereas Quadrant Televentures Ltd were awarded the runners up prize.

Rakesh Verma, Secretary Technical Education Punjab gave away the awards to the participating companies and complimented PTU Nalanda School of TQM & Entrepreneurship for their unique initiative to engage industry in the total quality management movement.  He said that quality has to be adopted in every quarter including the government which has to deliver service to the public.

Manish Trehan, CEO of PTU Nalanda informed that out of the 38 nominations received from Punjab, Haryana, Himachal Pradesh and Uttar Pradesh, 23 were shortlisted as finalist who made presentation to the jury showcasing the best quality practices.  These companies were able to save over Rs.25 crores for their respective organizations in last one year by improving quality alone, he added.

Chairman of the School’s Governing Council, Padma Shri Chandra Mohan, said that the onus of building a great nation lies on engineers and entrepreneurs by ensuring high quality in our production and services.