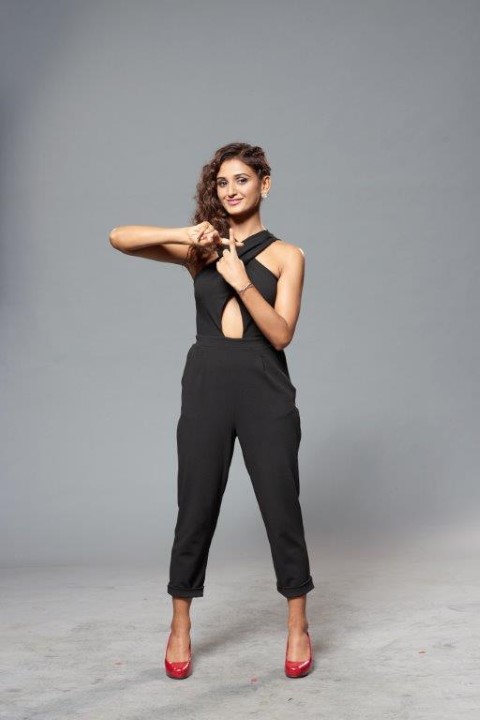 NewZNew (Chandigarh) : STAR PLUS launched its second season of dance reality show, Dance Plus in July. The godfather of Dance Remo D’Souza also super judge on the show is all set to redefine dance in the country. Adding on to the support we have the three tremendously talented dancers-choreographers, Dharmesh Yelande, Shakti Mohan and Punit Pathak as captains on the show. The stage has been setting fire since it’s on air and the super-judge with his expert captions are on their course to find the next dancing sensation of the country.

After bringing in a dancing revolution with its first season last year, this time around the show is raising the bar across the nation with superlative dance forms as their ‘+’. The talent on board this time are breaking all records and making history. The stage of Dance + is been brimming with stars every weekend and affirming the show being the best reality show in the country. From Varun Dhawan, Shraddha Kapoor to Tiger Shroff and now even Hrithik Roshan are blown away by seeing the clutter of talent on the show. Living up to the high standards it has set before, the show is introducing the audiences with new trends and evolved dance forms through solo, duo and group performers each episode. Stepping up to some undiscovered performances, the show is soon going to thereby break all kinds of stereotypes.

Adding on to the buzz the dancer and popularly known as Ballet Queen and also one of the three captains on the show Shakti Mohan, was in town today to talk about the concept of the show and talks about the talent of the TOP 8 contestants of the show. The only dance show in India with an entire panel of captains who rose to fame through their dancing skills, Dance + will push the boundaries of dance this season.

Today Shakti Mohan is an actor and star choreographer herself known for her contemporary moves. Having choreographed actors like Katrina Kaif, ballet queen Shakti Mohan a captain on the show who was in the city said, “Last year, we saw some remarkable dance forms on the stage of Dance +. Winning the best dance reality show award proves that the show is class apart. This time around my focus will be to take the trophy home and give the nation its next dancing sensation.”

Shakti Mohan made a visit to Rajpura, a hometown of her contestant group ‘The Bandits’ to surprise their parents and apprise them how their children have made to TOP 5 on the show, solely based on their dancing skills. Bandits crew also known as Sync masters have become an overnight sensation in the country all because of their unique dance form and the presentation of their moves on the show.

Also Read :   Hassle-free clearances under one roof to maximise EoDB in Haryana in a big way says Devender Singh

Known to create magic with every project he undertakes, national award winning choreographer Remo D’ Souza says, “Dance + is a show that celebrates the sheer passion for dance. Each contestant comes with a story and a burning desire for dance that is sure to move you. After a successful premier year, Season 2 will propel the hidden dancing talents in our country to a different league. I am extremely passionate about discovering new styles of dance and dream to break all stereotypes about this art form. It may be a solo – breaking bones, duet – doing a ghetto dance form or a group performing on dance hall style.”

Raghav Juyal, popularly known by his stage name ‘Crockroaz’, returns as the host on Dance +.

The show is produced by Frames productions airs, every Saturday & Sunday at 8 pm.

Watch Dance + Season 2, every Saturday & Sunday at 8 pm only on STAR Plus