Royal Enfield #ArtOfMotorcycling is back, this time offering a larger canvas for all: Royal Enfield, the world’s oldest motorcycle brand in continuous production, announced the commencement of the second season of Art of Motorcycling, the brand’s marquee creative campaign conceptualised to fuel creativity amongst artists, creators and motorcycling enthusiasts by giving them an opportunity to express their love for ‘the motorcycling way of life’. 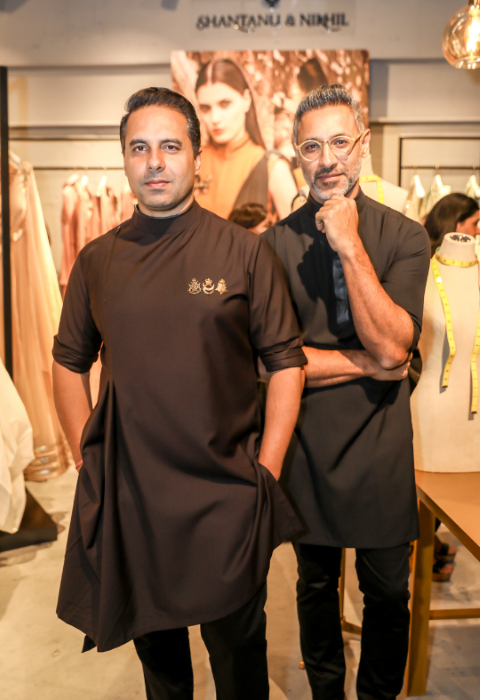 For this season, Royal Enfield has partnered with three renowned experts from different creative domains to adjudicate and mentor the participants – Leading fashion designers Shantanu and Nikhil, Celebrated Illustrator Vimal Chandran and Ace Photographer Bobby Joshi. Compared to last year, this year, winners will also get access to exciting learning and collaboration opportunities at Royal Enfield in addition to having their designs featured on Royal Enfield merchandise. The top 3 winners will get a chance to collaborate with Royal Enfield to co-create their own capsule range under the mentorship of the jury members. The next two winners will get an internship opportunity with Royal Enfield’s design team. Following 15 designs make it to Royal Enfield’s ‘Make It Yours’ configurator. With the purpose of offering exciting learning opportunities and an inclusive creative platform, Royal Enfield will also be hosting master classes from each of the jury members through the course of the campaign. These Master classes will be available for everyone to view and will be hosted on Royal Enfield’s website and social handles, details of which will be revealed soon.

Speaking about the campaign, Mr. Puneet Sood, Head – Apparel Business, Royal Enfield said, “ Through the Art Of Motorcycling campaign, Royal Enfield aims at providing a unique platform for Designers, Artists, Illustrators and Motorcycling enthusiasts to illustrate their love for motorcycling and share tales from their journeys with the world creatively. We are extremely humbled with the response we received for the last season and we intend to take #ArtOfMotorcycling Season 2 a notch higher, to inspire, mentor and encourage enthusiasts across the country. This season we are thrilled to have three creative maestros from different genres, design, photography and art to mentor the participants and offer one of a kind learning experience.”

Driven by the theme of self-expression, the campaign focuses on inspiring the community to participate and contribute and also to be a part of the brand’s artistic evolution. For participation this season, enthusiasts can head over to the #ArtOfMotorcyling section on Royal Enfield’s website to register and download the toolkit. Participants can then create their own unique design and share it on Instagram, tagging @royalenfield and @royalenfieldlifestyle  and using #ArtOfMotorcycling #REApparel.

The last season of ‘Art of Motorcycling’ received a remarkable response and resulted in bringing together a diverse set of audiences from different cities along with the Royal Enfield community – ranging from avid riders and aspirants to artists, illustrators, and graphic designers under one common umbrella. Season 1 received a total of 10,000+ registrations. Of all the entries, 62% were non-Royal Enfield owners and the rest of the 38% were owners. There were a total of over 5k+ post on #ArtofMotorcycling. After going through all the entries, the esteemed jury finalized Pallab Baruah, Karan Verma, Chetan Patil, Manvendra Singh and Niharika Shrivastava’s designs. Royal Enfield launched a range of t-shirts where the winners’ designs were used. Niharika’s artwork was chosen via a poll that was undertaken on Royal Enfield’s Instagram page wherein her design was chosen as the Riders Choice Design, she was given an opportunity to intern with the Royal Enfield design team. In addition to this – The Royal Enfield 2021 calendar also featured their unique creations.

POSHAN MAAH is being celebrated from 1st to 30th September