Royal Enfield to Lead a First-of-its-kind Motorcycle Expedition to the South Pole: Royal Enfield is the world’s oldest motorcycle brand in continuous production since 1901. For 120 years, Royal Enfield has remained the preserver of the legacy of building simple, pared-down, authentic classic motorcycles that are engaging and fun to ride. 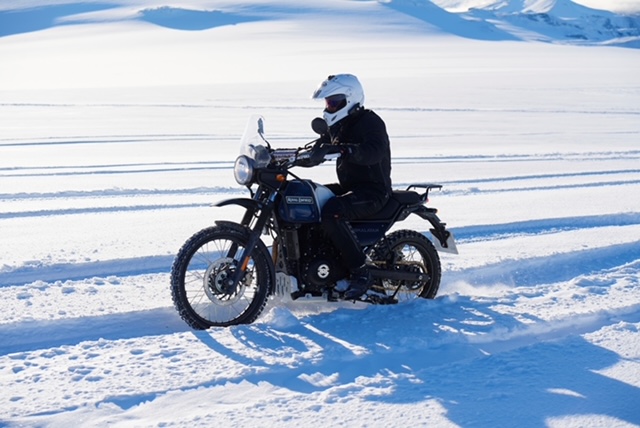 Riding through time and tough terrain, Royal Enfield has emerged victorious in rides that have tested the endurance of man and machine, while remaining relevant and desirable through the ages.

Speaking about the milestone year for Royal Enfield and the expedition attempt, Siddhartha Lal, Managing Director of Eicher Motors Ltd, said, “In the past, rides like Himalayan Odyssey have paved the way for motorcycling adventure in the Himalayas and an epic expedition like this to the South Pole will further inspire people to become adventurers again. A test of endurance and perseverance for man and machine, this expedition is the first of its kind attempt to traverse the 770km long route to the South Pole on a motorcycle”.

Speaking about the brand’s purpose of encouraging explorations, and wishing the expedition great success, B Govindarajan, Executive Director, Royal Enfield remarked, “It has been an unbroken legacy of 120 years, of fueling and pushing the boundaries of human exploration, and being an ally to many explorers. It is their journeys and adventures that have inspired us to attempt this first of its kind motorcycle expedition. This bold and ambitious attempt to ride to the very end of the earth summarizes the resilience of the human spirit, and we hope to complete it successfully as an ode to all Royal Enfield riders and their own inspiring expeditions.”

For this expedition, two Himalayans have been modified in-house, with functional upgrades to be able to navigate snow and ice to ably function under extreme conditions in Antarctica. The Himalayan was tested for this arduous and treacherous journey at the Langjokull glacier in Iceland, with an intention to mirror the conditions in Antarctica. Phase 1 of testing was held in September 2020 while phase 2 of testing concluded in July 2021..

Royal Enfield launches the all new Interceptor INT 650 and Continental...