newznew (Chandigarh) : Rumour Books India, the fastest growing publishing house in the country launched their most prestigious book at the Oxford Bookstore in New Delhi today. The book, titled Mann Ki Baat – From the Heart of the Mind is the only sanctioned publication that has been authorised by the Prime Minister’s office and is the first in a five-part series. 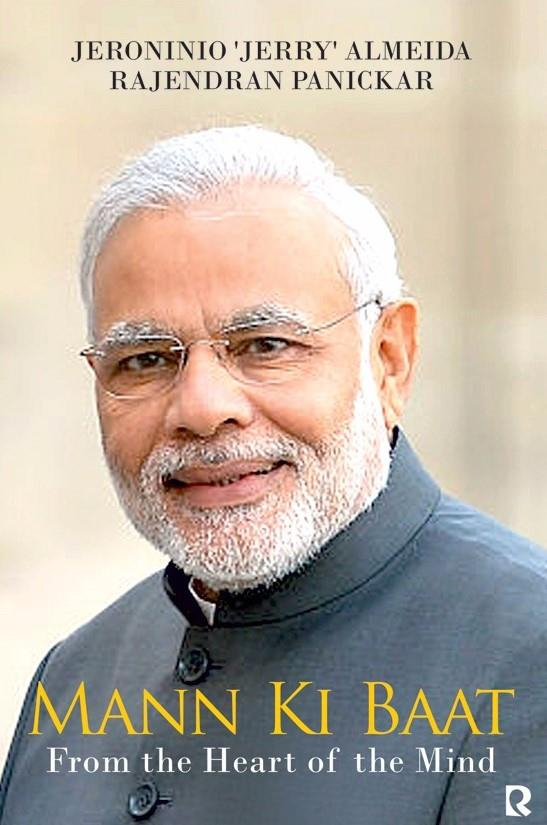 “We are very proud to have reached this milestone. Despite being such a young publishing house in the country, we have accomplished something that will hopefully inspire others to take the steps they want to take. The book is about nation building and moving forward with progress, in many ways, I can relate to this as our own story is of overcoming struggles and arriving at such a prestigious pedestal,” stated Radhika Serai, the founder and CEO of the company.

After being approved by the PMO, authors Jeroninio Almedia and Dr. Rajendran Panickar were commissioned with the prestigious project. Speaking at the book launch, co-author Jeroninio exclaimed, “I am grateful that my publisher and the PMO took into consideration my apolitical nature and agreed to give me a freehand with my writing, because I wanted to write a book that not only complemented the Prime Minister’s chain of thought, but also countered it. For me Mann Ki Baat is a means to reach out to all my fellow Indians to tell them that the culture of India is not  created by any politician or bureaucrat but by every citizen of India. We are responsible for the state of our state. The book is designed to encourage a forward-thinking momentum in the population that leads to nation building and
development that is envisioned by our honourable Prime Minister.”

Adding to the statement was Reekrit Serai, co-founder and Managing Director of Rumour Books India as he said, “I think somewhere we all have realised that we have to come together to build the nation we want to be in. Inspired by the thoughts of our honourable Prime Minister, the book is an action plan towards the wonderful nation building exercise he initiated in 2014 with his first talk. We are grateful he chose us and authorised the book to us.”

Co-author Rajendran Panickar added, “Our honourable Prime Minister and his nation building ideologies have inspired so many individuals across the country and this book is a motivational tool to inspire even more members of our population to create a better India. It primarily focuses on our youth by bringing into foray inspiring stories of people.”