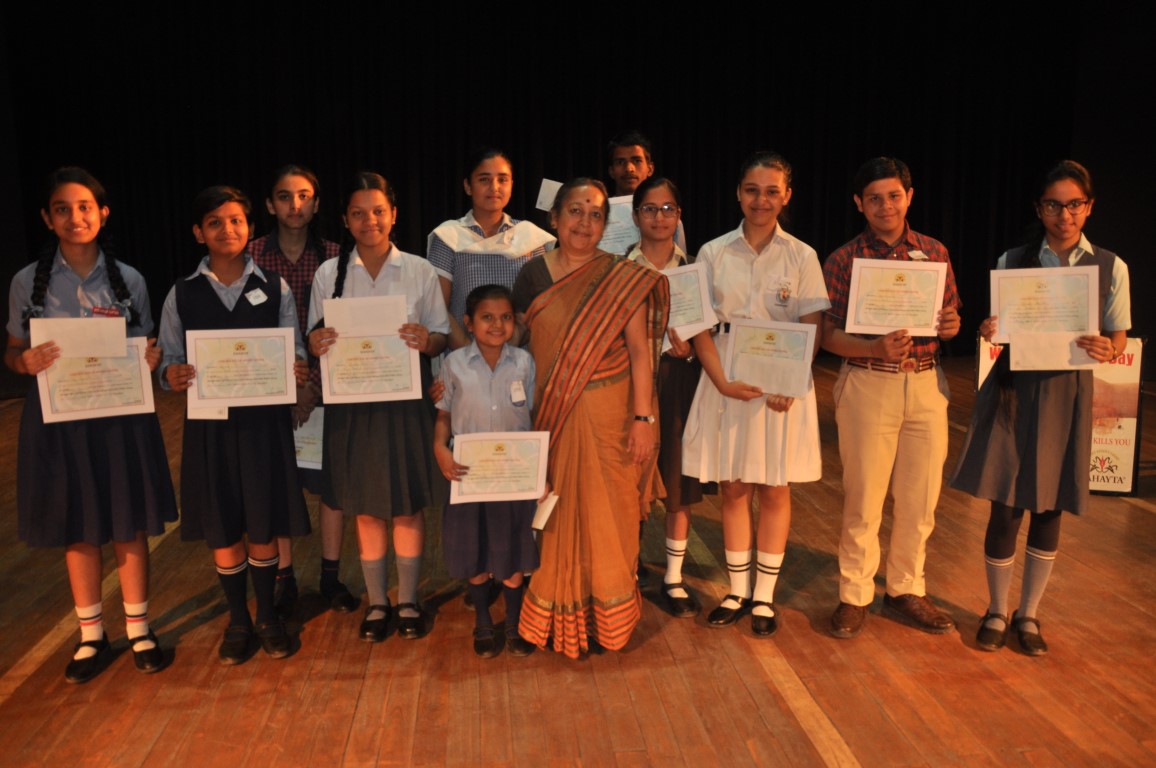 Students of classes 9th, 10th and 11th presented their views on the subject in either Hindi or English and the Chief Guest was Dr Sushmita Goshal, Professor & Head, Radiotherapy Department, PGI Chandigarh. She was highly impressed with the depth & knowledge shown by students in their short yet expressive speeches on the subject.

Renu Saigal, President, Sahayta Charitable Welfare society said, “I am happy to announce that the society is working closely with government schools to conduct awareness programmes in different government schools on the ill effects of drug addiction, tobacco usage etc. The education department has already sent out letters to government schools in this regard. Our volunteers will be going to these schools to spread awareness on the issue, in fact we have already covered a few schools and the rest we will be doing, gradually through the year.”

It is noteworthy that May 31 is celebrated as ‘No Tobacco Day’ worldwide, every year.  Due to the excessive use of tobacco, cigarettes, beetle nut excessive damage is being caused to humans and the surroundings, keeping this in perspective  Sahayta Charitable  Welfare Society is holding various awareness programmes. The declamation contest was one in the series of awareness activities.

Reliance Foundation Chairperson visits Kerala to get a first-hand feel of...