NewZNew (Panchkula) : Saint Soldier’s School, Sector 16, Panchkula, has won the Inter-school District Cricket U-17 tournament organized by the Education department at Panchkula’s Tau Devi Lal Stadium. The school played the finals against Satluj Public School, Sector 4, Panchkula & defeated the latter to become District Champions. With the victory the team has been selected for State Level Championship. 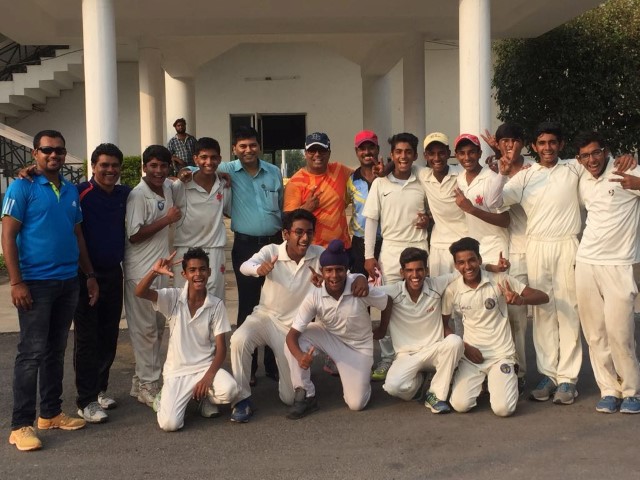 St Soldiers, Panchkula won the toss and elected to bat. The team put up 84 runs all out in 15 overs.The highest scorer was Rohit Gupta who made 21 runs and Ashish Garg scored 15 runs.For Satluj, Rajwinder 3 for 13, Karan 2 for 14 were the best bowlers.

The Satluj School team could make just 79 runs for the loss of 6 wickets. Satluj lost their first wicket on the first ball of match by Ishant Chawla. After that Aryan 36 and Aman 12 did have a good partnership. However, a tight spell by duo Gitank Niranjan 2 for 11 and Ishant Chawla 2 for 14, enabled St Soldiers School beat Satluj School Panchkula by 5 runs and lift the trophy in the final.

St Soldiers bowlers gave away very little.  In the end Satluj needed 10 runs in 12 balls but they could manage only 4 runs. Gitank Niranjan was declared Man of the Match.

HyperCITY celebrates the spirit of womanhood on International Women’s Day