This was announced here at a press meet where Karanvir Singh Sibia, Festival Director and Chairman of SHPS, Sangrur, along with Punjab Tourism and Cultural Affairs Director N.S. Randhawa, author Khushwant Singh and Bittu Safeena Sandhu, and travel columnist H. Kishie Singh, unveiled the logo of the festival too.

Sangrur, which has been the erstwhile capital of the Jind state, has a rich heritage which would form the thematic background for all literary, art, traditional music, folklore, cultural and other activities to be organized during the three-day festival, informed Karanvir Singh Sibia.

Navtej Randhawa commending the initiative said that his department had been actively engaged in restoring the old buildings and working towards preserving the handicrafts of the place.

Khushwant Singh remarked that this is going to be not an event but a mission where the Society has taken upon itself to preserve and promote the local heritage, art, culture and literature, while endorsing the sentiments Bittu Safeena described the city as beautiful place which needs to be talked about and Kishie Singh considered it to be an opportunity for the young generation to discover their heritage.

Karanvir Sibia, who is an author of “A Life Well Lived” whose Panjabi version would also be released during the festival, said that they had conceived the idea of celebrating a Sangrur day with cultural evening but with the support of the local residents, it has emerged as a heritage and literary festival, which will see over 30 authors of national repute have confirmed their participation.

This is being organized under the expert guidance of Thakur Ram Partap Singh, owners of Diggi Palace Jaipur, one of the founders of the Jaipur Literary Festival, who visited Sangrur last month to share his expertise and has assured all help in making this event a memorable one.

Former Maharaja of Jind, HH Satbir Singh Jind, along with the royal families of Faridkot, Patiala, Malerkotla, Nabha, are expected to participate.

The festival would open on 20th November with spiritual rendition by Padma Shri Bhai Nirmal Singh, Hazoori Raagi, at the famous Baradari in Banasar Bagh at 9:30am, followed by a homage to the founder of Jind State, late Maharaja Gajpat Singh, at the Shahi Samadhan by band of illustrious 13 Punjab Regiment (Jind), and a Khula Darbar at 6pm in Baradari by famous artist, writer, sculpture, singerSidharth.

Literature festival will commence Saturday, 21st November at 10am at General Gurnam Singh Public School, a heritage building dating back to over a century which was known as Bachitar Niwas where erstwhile commander-in-chief of Jind State, General Gurnam Singh resided and where the barat of late Maharaja Bhupinder Singh of Patiala was received on 9th March 1908.

Panjabi edition of Dr. Rajmohan Gandhi’s latest bestseller “Punjab: A History from Aurangzeb to Mountbatten”, Capt. Amarinder Singh’s latest book on 1965 war, “The Monsoon War” would also be released during the Festival.

Harjeet Singh, the famous film producer and director of “Yeh Janam Tumhare Lekhe” fame has produced, especially for this Festival, a short film on the life and contribution of Sant Attar Singh ji Mastuana, which would be premiered on the 21st evening.  The film would be released by Sardar Sukhdev Singh Dhindsa, Member Rajya Sabha and Chairman, Akal Council Mastuana.

Some of the prominent sessions include “Remembering Kunwar Mohinder Singh Bedi” whose family would be present and his newphew Ravinder Singh Bedi would present an audiovisual and share his literary journey; “Letters of Amrita Pritam and Imroz”, “Guru Nanak: Naad Yogi” by Sidharth,“Remembering Saddat Husain Manto” with Bir Devinder Singh and Ashwani Kumar, travel writing by famous motorist columnist H. Kishie Singh.

Some of the sporting icons and young spirits of Sangrur would be recognized on the last day of the fest which include Alamjit Sekhon of Mission Artic, senior trap shooter Capt Fatehbir Shergill , Junior trap champion Haqiqat Singh, Mission Thar Desert Hero Col. P.S. Grewal, etc.

Punjab NRI Commission chairperson Justice Rakesh Garg would be in conversation with CNN-IBN senior editor Jyoti Kamal to examine the issues involving NRIs from the region.

Another highlight include a workshop and exhibitions by famous artist Sidharth, and calligraphist of Punjab Kamaljeet Kaur.

Jind state’s antique artifacts would be on display from the rare antique collection of Ashwani Chaudhary of Sangrur, and Gulshan Bhardwaj of Jind.

The local artisans and craftsmen including hand weavers, potters, carpenters, shoemakers, would display their wares at the stalls besides sumptuous array of cuisines would be available to add to the festivities.

Also Read :   Govt can work better with the Contribution of Advisory Committees, DC

The intent behind the Festival is to revive the interest in the rich heritage of Sangrur, sensitise the people to partner for its preservation, promote local art and culture unique to Sangrur by providing a platform to the local authors, poets, intellectuals, painters, photographers, academicians, theatre artists to showcase their talent and share it with the youth and the old alike.

These efforts, the organizers feel, would have direct positive impact on the economy of the region with the flow of thousands of literary-minded people, lovers of art and culture, as well as tourists from all over the world in times to come. 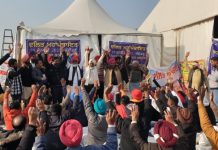 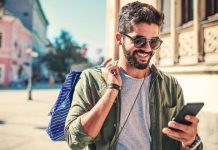