Shoolini University Hosts Its 6th Convocation, Sets New Benchmarks: Anurag Thakur, Union Minister for Sports, Youth Affairs, Information and Broadcasting while congratulating the young graduates said the future of the country belongs to them and India was at a stage when there were innumerable opportunities for the young. 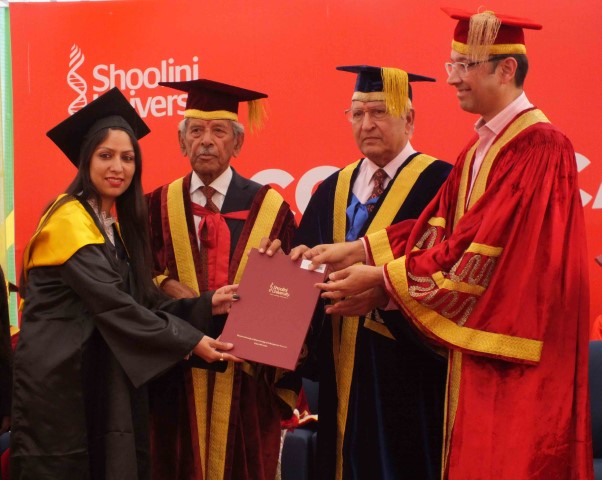 He was speaking in a virtual keynote address on the occasion of 6th convocation of Shoolini University here today.

He said, “India is set to make a momentum leap with industry ready graduates like you. You are entering the industry at a time when major changes are taking place across sectors both regionally as well as globally. Therefore, there is a tremendous potential for growth and you have a great role in nation-building.

“Today marks the end of your journey but also the beginning of a life of exploration and learning in the real world. Today marks the beginning of unleashing the potential of accomplishments in the highly competitive world. Your professors have invested a lot of time and effort in teaching you and keep in touch with them”, said Thakur.

He also spoke on how Indian products are going from local to global powered by the mantra of ‘vocal for local’, besides also throwing light on how the country is leading in all areas, hence creating so many opportunities for the young people.

The sixth convocation of Shoolini University was held in offline mode on Friday in which 1429 students received their degrees including 30 PhD degrees which were also awarded on the occasion. Degrees were awarded to the graduates of the Faculty of Management Sciences and Chitrakoot School of Liberal Arts, as well as the engineering and technical school. 31 university medals and 27 merit certificates were given to meritorious students. 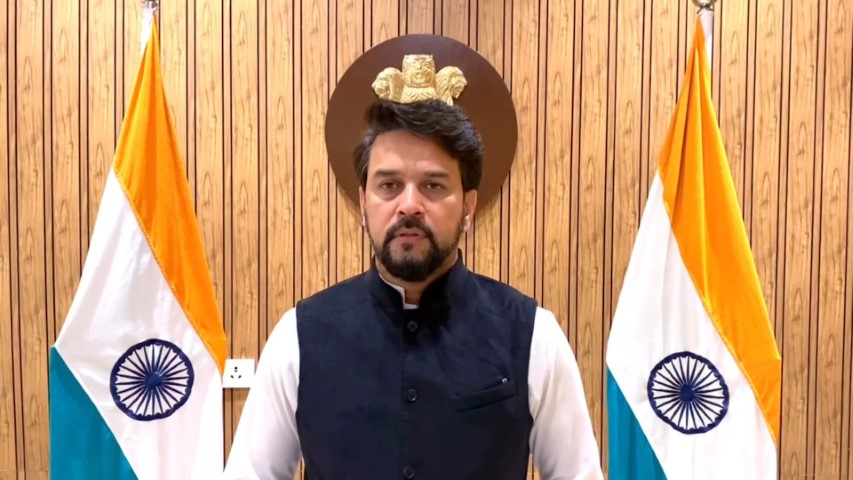 Former Panjab University Vice Chancellor Padma Shri, Prof R.C. Sobti, while addressing the young graduates and the faculty of the university as the Guest of Honour at the convocation, hailed the contribution made by the university in different spheres. “Degree is not a piece of paper and not the end but a visa and beginning to move forward”, he appealed to the students.

Prof Prem Kumar Khosla, Chancellor, Shoolini University while addressing the audience, welcomed the chief guest Prof. Sobti and thanked him for sparing time to address the students and staff of Shoolini University. He said, “Shoolini has this year figured amongst the first 100 universities of India at 89 Rank in the NIRF ranking as the lone university including all public and private universities from Himachal Pradesh”, adding that the university has achieved the milestone of filing 1000 patents.

“On the strength of our research publications, it is noteworthy to mention here that two of our Scientists Dr. Amit Kumar and Dr. Gaurav Sharma have made their entry into the top 1% list of highly cited researchers as per clarivate analytics this year. On the placement platform, I am glad to add that 95 percent of our MBA students got employed year after year. In the discipline of science and other subjects, +60 per cent students get employment through the University, while remaining help is provided for their career development in higher education in India or abroad. In addition, a host of students became entrepreneurs.”, he said.

Prof Atul Khosla, Vice Chancellor, Shoolini University said, “During these trying times, Shoolini was one of the first ones to undertake online education to keep students abreast of others in academics and beyond by conducting more than 1000 webinars and 61,452 virtual lectures.”

Speaking about his vision for the university, he said, “We have chartered our road map for achieving our ‘Vision 2022’ which rests upon five verticals i.e., high caliber faculty, quality infrastructure, strong alliances with industry and academia, bright and needy students supported by committed and transparent governance.”

“The university has opened channels with industry for joint research projects, training programmes and industry inputs in curriculum development. The MoUs with automobile, pharmaceutical, biotechnology, computer and engineering industries are effectively being used for research and academic alignment with the Skill India Mission. The university is also having research collaborations and MoUs with several Indian and foreign Universities and institutes for research and academic collaborations”, he added.