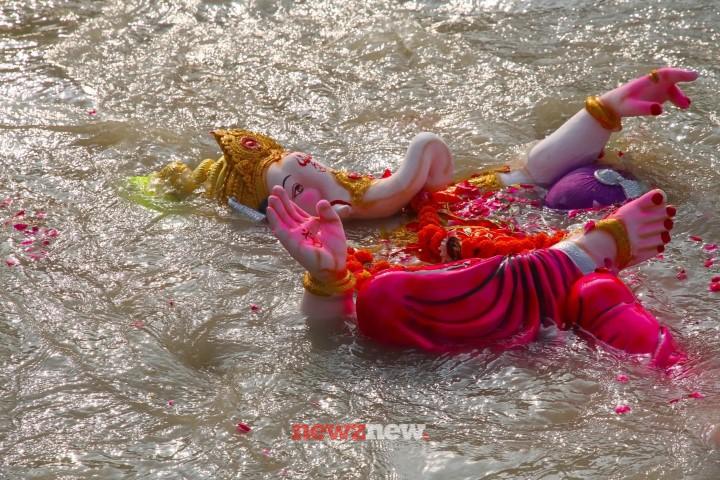 In the first incident, nine of 20 people were swept away by the strong current in the canal when they were carrying an idol for immersion in Jhagadoli village, Mahendragarh district.

While four died, others were rescued and hospitalised by the district administration.

In the second incident, two people drowned in the Yamuna river in Sonipat district.

“The news of the untimely death of many people due to drowning in the canal during Ganpati immersion in Mahendragarh and Sonipat districts is heart-wrenching. We all stand with the families of the deceased in this difficult time. NDRF team has saved many people from drowning, I pray for their speedy recovery,” Chief Minister Manohar Lal Khattar said in a tweet.

Also Read :   Molecular assessment should be considered as a way of improving detection of Chronic Endometritis