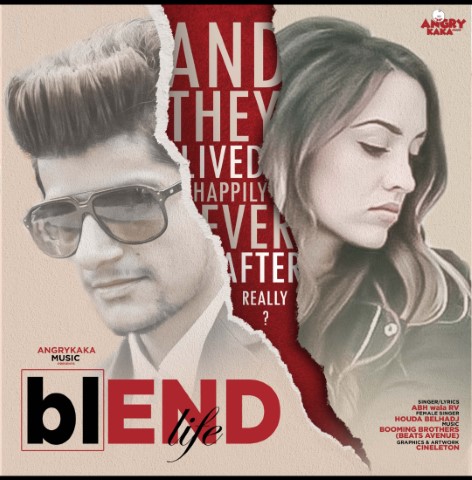 Even many of TikTok stars have performed on the same . Its an achievement for the company and the Singer Blend life going so viral and entertaining in covid 19.

AngryKaka Music Record Label Released a Punjabi song in which love, Ishq and Junoon have been immersed in the sea of pain in such a way that the beats of Song will make your hearbeat stop.

In this song, while there are romantic moments that give relief to the heart, there are also some sad moments that make you feel angry.
The song ‘Blend Life’ became the first choice of couples with 2 million Tiktok views on hashtag #blendlife.

According to the information, this song has been dedicated to a girl who breaks her 7-year-old relationship in a jolt, due to the greed of money and influence of bad company . BLEND life is  sung and penned by ‘ABH wala RV’, who also penned and dedicated  ‘The Flipper Song’ to the runner up of Bigg Boss 13, Shehnaaz Gill.

While Flipper Song has been viewed over 5 lac times  on YouTube and Ticktokers have expressed their love for the song by creating tiktok videos, while Blend Life has crossed Two million views on Tiktok so far, Apart from Famous  Tiktoker ‘Khushi Punjaban and Vivek’, many couples have made tiktok videos. The entire shooting of this Punjabi song has been done in the US.