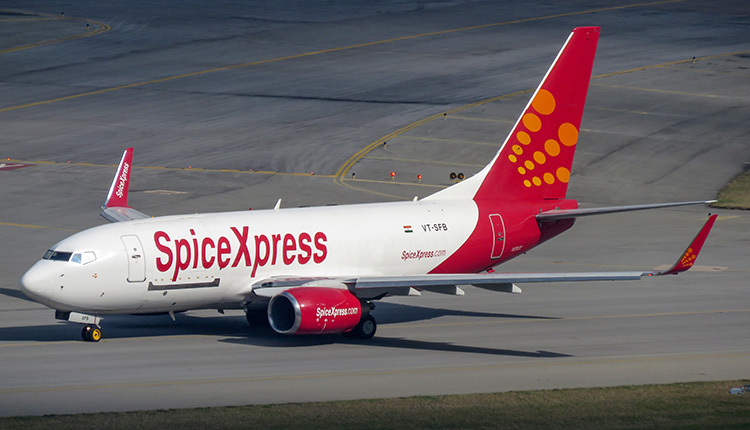 The airline has airlifted more than 6850 oxygen concentrators from the USA, Hong Kong, Singapore and China so far in the last two weeks.

The oxygen concentrators arriving today have been ordered by SpiceHealth and other organizations. SpiceHealth, a healthcare company launched by the promoters of SpiceJet, has been working actively with state governments and hospitals across the country to address the issue of acute shortage of oxygen. This is the third big consignment of oxygen concentrators ordered and delivered to SpiceHealth.

SpiceHealth has been actively involved in the country’s fight against Covid-19. Since its launch in November 2020, SpiceHealth has conducted more than 2.2 million RT-PCR tests and has spread its operations across fives states – Delhi, Haryana, Maharashtra, Kerala, Uttarakhand.

Ever since the lockdown began in March 2020, SpiceJet and SpiceXpress have played critical roles and worked relentlessly to ensure that the country’s supply chain remained intact. The airline has helped in the transportation of vital goods, medical supplies and fruits and vegetables to all corners of India and the world.

To ensure seamless delivery of the Covid-19 vaccine both within and outside the country, SpiceJet has tied up with multiple partners including Brussels Airport, GMR Hyderabad Air Cargo (GHAC), Adani Ahmedabad International Airport among others. The airline has also tied-up with global leaders in cold chain solutions offering active and passive packaging and has the capability to transport extremely sensitive drugs and vaccines in controlled temperatures ranging from -40°c to +25°c.

Dr Jatinder Kaur takes over as the new Director Health...