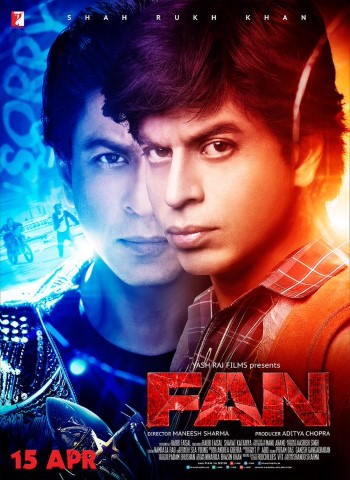 NewZNew (Chandigarh) : With the largest collection of movies to choose from, Hungama Play, the leading video on-demand platform is set to add another feather to its cap with the digital debut of the Bollywood blockbuster ‘FAN’. Having won accolades from critics and movie buffs alike, ‘FAN’ has left audiences spellbound with its jaw dropping special effects used to develop the character of Gaurav.

Hungama Play users can now enjoy the film starring King Khan as both the protagonist and antagonist, anywhere and anytime.

Fan is a 2016 Indian thriller directed by Maneesh Sharma and featuring Shah Rukh Khan in the lead role. The film is produced by Aditya Chopra under the banner of Yash Raj Films, and tells the story of an obsessive fan of a star who looks just like the star. FAN is the story of Gaurav (Shah Rukh Khan), a huge fan of movie star Aryan Khanna (also played by Shah Rukh Khan) who heads to Mumbai in order to wish his God a happy birthday. When things don’t go according to plan, Gaurav’s obsession with Aryan crosses the line.

Join Newznew on Telegram
Also Read :   Ghaggar would be pollution free by dec. 2015

The Time Traveler – Science Fiction or a Manifestation of Space-Time...

Workshop on Electrochemical Techniques for Energy, Sensor, and Corrosion