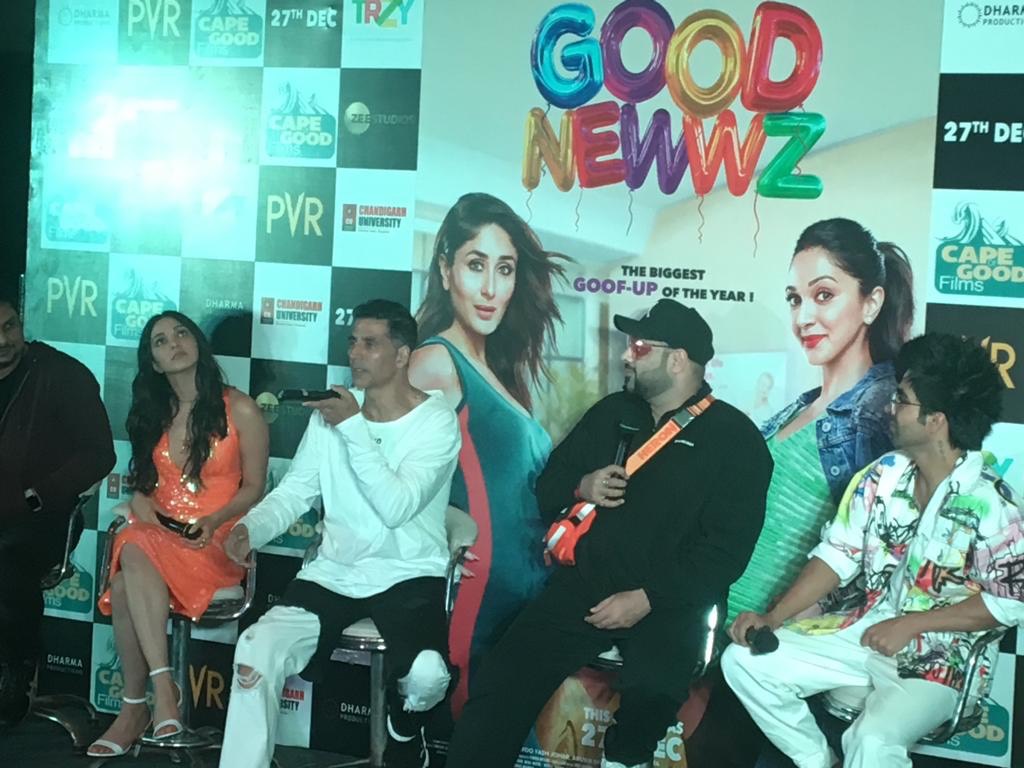 In the conference, Akshay along with his leading lady, Kiara Advani discussed the story and the characters of the film. Referring to the base story of the film, director Raj Mehta said that the story is based upon invert fertilization i.e., IVF pregnancy and the audience is going to love this film.
After the press conference, all the stars reached Chandigarh University at evening to launch another song of the movie ” Chandigarh mein” amidst the young fans. During this, the students of the University seem to be very eager to get a glimpse of Akshay and Kiara. Also, Badshah and Harrdy Sandhu filled the atmosphere with their soulful and musical voice.
Zee studios presenting in association with Cape of Good Films- a Dharma Productions Film, Goodnewwz. Produced by Hiroo Yash Johar, Aruna Bhatia, Karan Johar, Apoorva Mehta, and Shashank Khaitan, the film is going to be released in theatres on 27 December 2019
Also Read :   GGDSD College Kheri Gurna,Banur Organised Annual Yajna Ceremony

Ginger announces the Signing of its 2nd Hotel in Guwahati