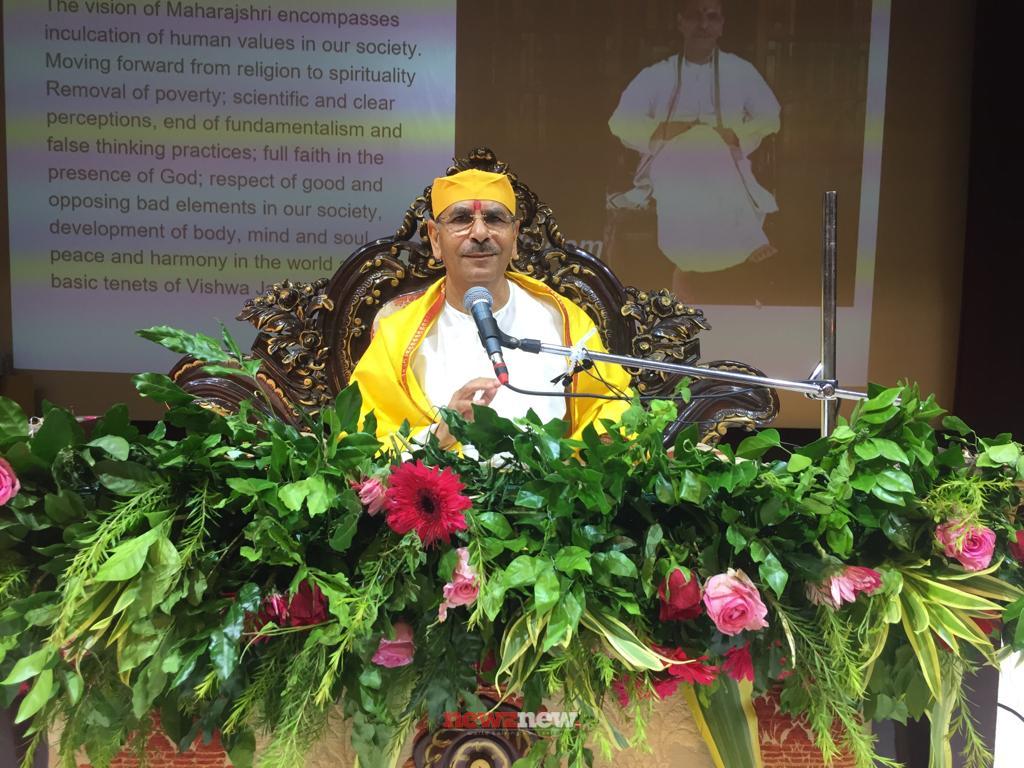 The program began with the lighting of the lamps. Haryana Vidhan Sabha Speaker Shri Gainchand Gupta, Panchkula Mayor Kulbhushan Goyal and Rashtriya Swayamsevak Sangh’s Ramakantji were present on the occasion.
Other guests of the program included the Vice Chancellor of Maharaja Agrasen University, Chandigarh, Prof. RK Gupta; Head of the Department of Endocrinology at PGIMER, Chandigarh Prof. Dr. Sanjay Bhadada; Former DUI of PU Chandigarh Prof. Madhu Raka; Lakshmi N Maheshwari, and Arun, a well-known businessman from Panchkula.
Sudhanshu Maharaj said that a telephone is needed to talk to the world, for which a bill has to be paid, but to talk to God, silence is needed, for which heart has to be given. He said that for success it is necessary to keep the mind in peace and balance.
Negative thoughts need to be stopped and the past has to be left behind, only then you can achieve success. He said that affirmation gives the right signals to the subconscious mind. Repeat positive sentences about yourself to train your subconscious mind for success.
The program was organized under the aegis of Panchkula-Chandigarh-Mohali division of Vishwa Jagriti Mission. Speaking to the media on the occasion, the local unit President Saurabh Gupta said that a new building has been constructed at Shivdham Ashram on Morni Road. A lot of work is going on at the Ashram.
Few projects are underway at five other locations as well. 3500 trees are being planted in the ashram campus. For the purpose of environmental conservation, work is being done in collaboration with the Forest Department. An eye camp is also being organized.
He said that an eye hospital would be established through the ashram, where proper arrangements for surgery would be made. People suffered a lot during the Corona period, even many people were left alone. The team of Vishwa Jagriti Mission Panchkula will help such needy people.
Meanwhile on the stage, a little girl Harjot mesmerized everyone by singing Har Har Shambhu Bhajan.
Also Read :   Will Pancham Lose His Job In Sony SAB’s Jijaji Chhat Per Hain?