Finally! The first look poster of Gippy Grewal and Neeru Bajwa’s film ‘Paani Ch Madhaani’ released: Prior to the release of any film, basically, trailer and posters are the ones which attract the audiences and provide the gist of the film and the looks of the characters. 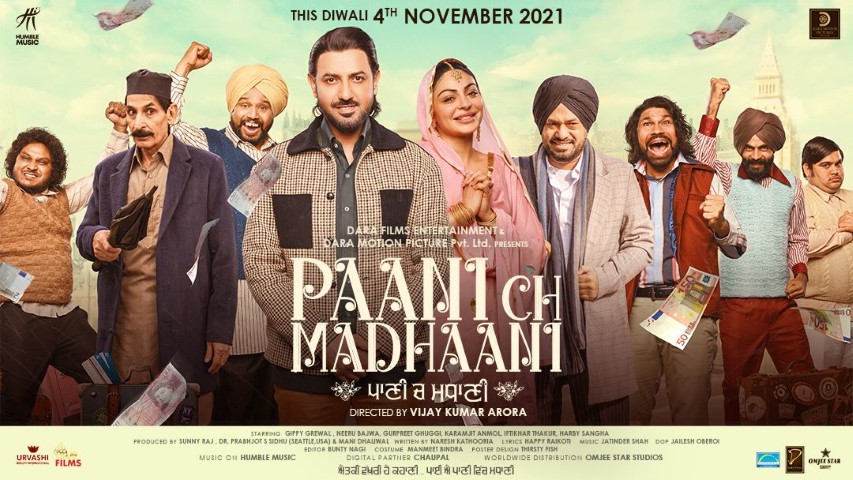 Due to this reason, the makers particularly pay special attention to make them more interesting and properly plan their release also. Recently, the makers of the upcoming film ‘Paani ch Madhaani’ revealed the first look Poster of the film and the trailer will be released on 14 th October 2021.

The Director with a different vision, Dadu aka Vijay Kumar Arora has directed the movie and  Naresh Kathooria has written the story.  Sunny Raj and Dr Prabhjot Sidhu(Seattle,USA) have produced the whole project. The music will be released on Humble Music. Jatinder Shah is the music director for the ‘Paani Ch Madhaani’. Happy Raikoti has written the lyrics of the songs.

Sharing his excitement regarding this new project, Gippy Grewal said, “Even after being in the industry for almost two decades, every new project and commencement of new project still excites like my first day in front of the camera and Paani Ch Madhaani Punjabi is no different. I just hope everything falls in place and we will be able to entertain the audience as always.”

At this moment, the leading lady of the film Neeru Bajwa said, “I always try to choose scripts that have something to convey and I believe ‘Paani Ch Madhaani’ is one film or one character that will stay with people for a long time. I am very blessed that I got to play this role. Lastly, I liked the poster a lot and I just hope people will also love this poster and film.”

Gippy Grewal’s New Avatar will make you amazed and Neeru Bajwa’s evergreen charm is all set to steal your hearts on the big screen, again. The audience will be witnessing a love tale set in a particular period. ‘Paani Ch Madhaani’ is all set to release on this Diwali, 4th November 2021.

The terrific trio of Jijaji Chhat Per Hain!