Top 10 Lessons to Learn from the Life of Sardar Vallabh Bhai Patel : Sardar Vallabhbhai Patel, also known as the “Iron man of India” was one of the prominent freedom fighter who played a significant role in India’s struggle for independence and its integration as a strong, united and independent nation. 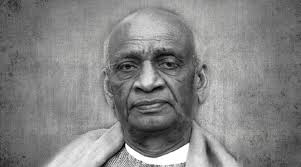 There is a lot we can learn from this brave man who fought selflessly for the nation and its people.

Here are some of the valuable lesson about Sardar Vallabhbhai Patel:

These are some lesser known facts about Sardar Vallabbhai Patel which can help us lead a better and justified life. His ideologies and vision can be incorporated in today’s world also but a lot of character is required to follow his path.

Read More about Is Rahul Gandhi Really A Dumb Fellow?

Myntra announces the arrival ‘Myntra for Her’