The official website www.dost.cgg.gov.in 2017-18 is displaying a notice now that DOST web allotment has been published and candidate can check their result status after login with their details. 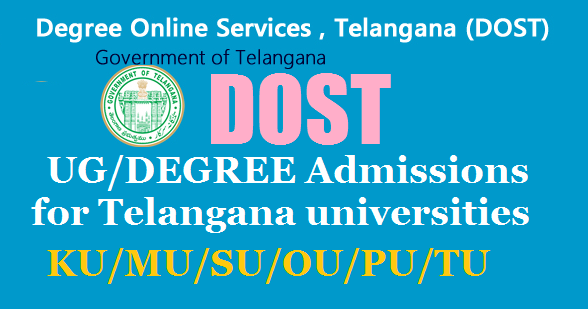 For the first phase of DOST counselling and allotments, near 1.5 lakh students have registered against over 4 lakh seats on offer in the state degree colleges. Addressing low numbers, officials said that there is huge number of students who had appeared for supplementary exams and they will also participate in 2nd and 3rd round of admissions.

DOST seat allotment 2017 will be published online and the registered students will have to login to their DOST account to check the allotment status/ allotment list. The students had already given the options of college and course during the registration window and the allotment is to be made on the basis of the marks scored in the qualifying examination and roster system. The allotment result will be announced at the official website dost.cgg.gov.in.

After the publication of DOST seat allotment 2017 result, the students will have two choices; either to accept the allotted seat or to participate in the further rounds of seat allotment. Those students satisfied with the DOST first seat allotment will have to report to the concerned college to confirm the admission by paying the college admission fee. The College will verify the documents and the Principal of the College will confirm the admission by issuing a printed slip. The last date for reporting to the college is June 20.

DOST seat allotment result will be published online and the students will also be informed about it through SMS on their registered mobile number. The students will have to take the printout of the allotment letter from DOST website.

If a students is not satisfied with the seat allotment in the first phase, he/she can give the fresh options in consequent phases, but they will lose their earlier allotted seat in case they are allotted a new seat. The 2nd phase web options can be filled from 21 to 24 June, while the second seat allotment list will be out on 28 June.

Spl grant of Rs 10L to Punjab villages for 100% vaccination