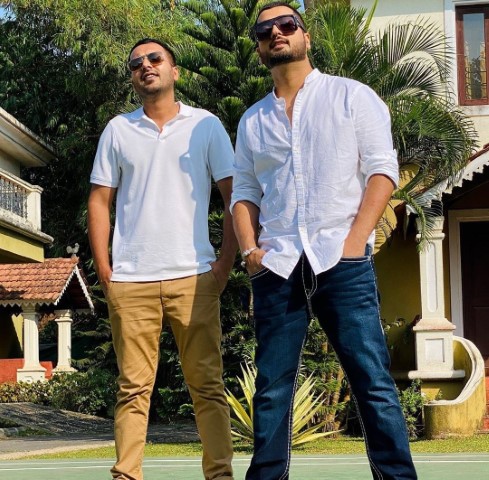 Founded in Mohali, in the Punjab region of northern India by Jaani (Lyricist, Singer) and Arvindr Khaira(Director, Filmmaker) – Desi Melodies has quickly become one of the most popular and respected companies in the Indian entertainment industry today and has led the contemporary wave of global Punjabi music success in recent years.

Effective immediately, Universal Music India will exclusively distribute all audio recordings from the broad and hugely popularDesi Melodies label catalog, including past releases, future non-film releases and all other projects, where rights are retained by the label worldwide. UMI will work closely with Desi Melodiesto provide multifaceted, global support and distribution for their audio catalogue and future releases with support from UMG partner labels around the world.

Announcing the partnership, Devraj Sanyal, MD & CEO Universal Music India and South Asia said, “Music in India is evolving rapidly and now is an exciting time to see how artists, labels, innovators and entrepreneurs can adapt to this changing landscape. At Universal Music India, we strongly believe in creating music that can transcend regional popularity and locallanguages, to reach the widest possible audience worldwide. UMI continues to be committed to transforming the non-film music market, with the aim of giving Indian music and artists a global platform to find success. We share these beliefs with our new partners at Desi Melodies, who in recent years have revitalized Punjabi music, and have helped introduce it to new audiences around the world. We are excited to welcome Desi Melodies to the Universal Music Group family and look forward to many successes together in the future.”

Jaani, Managing Director, Desi Melodies said, “Desi Melodies has the legacy of great music, great songs and producing great artists. With the same spirit, we have collaborated with Universal Music to bring in some illustrious Punjabi hits to national and global audiences. Punjabi Music and its culture have intense vibrancy that is reflected in the artists and music coming out of the region today and is fast becoming a massive cultural choice for most younger consumers, even to Bollywood. We are quite optimistic that this collaboration will create a new benchmark in the Indian music industry.”

Desi Melodies is renowned for its visual storytelling aesthetic, and for working with the biggest names in Bollywood acting talent to bring its projects to life, resulting in some of the most popular Indian music videos in recent years. The label has amassed more that 5.54 million subscribers on YouTube, with 1.6billion plays on their own official channel.

Desi Melodies was advised by the eminent lawyer Priyanka Khimani.

In recent years, India has witnessed a phenomenal growth in the consumption of regional language music, thanks in part to the penetration of smart phones, access to hi-speed, low cost internet and proliferation of streaming platforms. This has seen the popularity of Punjabi language music increasing rapidly across India and South-Asia, and throughout the global Indian diaspora (the world’s largest at 17.5 million people), finding dedicated new audiences in the U.S., U.K., Canada and Australia.

This agreement strengthens both organizations position at the forefront of India’s blossoming non-film music market. Over the past three years, UMI has led the evolution of domestic Indian music with a series of strategic label launches (VYRL Originals, Mass Appeal India), combined with increased A&R focus in original Indian non-film music and artist development.

Vinit Thakkar, COO, Universal Music India and South Asia said, “Desi Melodies represents the gold standard in Punjabi language music with a proven record of consistently delivering hit songs. With this partnership we are looking forward to working together, to elevate their music to continue to reach new audiences and levels of success. With VYRL Originals, Mass Appeal India and our other domestic labels, we have tried to expand the culture for original artist music and non-film to become a leading category for music in India. The potential for artist talent and creativity across all regions of India is huge and we are excited to supportDesi Melodies in their efforts to bring Punjabi language music to the world and to further establish UMG as the true, authentichome for non-film music talent and success in the region.”

In January 2018, UMI launched VYRL Originals, India’s first dedicated non-film label, which has released more than 50singles, from a roster of 20 artists including: Mithoon; Vishal Mishra; Arjun Kanungo; Akull Tandon; Sukriti & PrakritiKakkar; Lisa Mishra; and Tanishk Bagchi, establishing the label as India’s premier destination for non-film talent. This focus has enabled UMI artists to reach new audiences both locally and globally, whilst expanding the opportunities for non-film talent outside of Bollywood, which has traditionally dominated India’s commercial music and airplay charts.

In November 2019, VYRL Originals single ‘Intezaar’ from Mithoon featuring Arijit Singh & Asees Kaur made history as the first non-film release to top India’s national AirCheck T20 radio airplay charts for three consecutive weeks. Since the launch of VYRL Originals, UMI has further extended and established the VYRL brand, partnering with broadcast partners Red FM to launch Ricky Singh Ka VYRL Countdown – India’s first character based non-film countdown show across 40 cities in India. This is the first and only weekly primetime show dedicated to non-film music. In addition, UMI launched the VYRL Top 20 Playlist across all digital partner platforms, curated and based on listening patterns and audience preferences from across India. 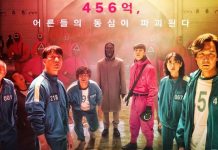 Renault India passes GST benefits to customers across its products