NewZNew (Chandigarh) : Vaccination is one of the most powerful and cost effective health interventions in history and prevents 2 – 3 million deaths every year. With the exception of clean water, no other modality, not even antibiotics, has had such a major effect on mortality reduction.

The value of vaccination extends beyond providing just positive health outcomes; it supports socio-economic development through saving lives and saving money. Immunization is one of the most cost-effective public health investments to decrease poverty and prevent longer term economic and social costs. 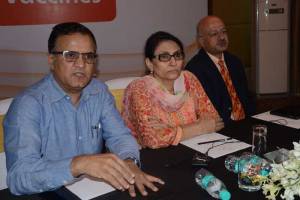 The way we view vaccines and vaccines development requires a rethink, built on an appreciation of the value of prevention which in nearly all cases confers positive health economic benefits to society.

Vaccines have been recognized as the single greatest promise of biomedicine: disease prevention. 5 Health is exceptionally valuable. It is better to prevent disease than allow avoidable human suffering, incur the costs of care and treatment, and suffer the economic consequences of lost work and lower productivity.

o In 1994, every dollar spent to purchase measles-containing vaccine saved $10.30 in direct medical costs and $3.20 in indirect societal costs.

By helping to keep children healthy, immunization can extend life expectancy and the time spent on productive activity – thereby contributing to poverty reduction.

Beyond these economic benefits, there is increasing evidence that suggests vaccination can improve physical, emotional, and cognitive development. Childhood vaccination has been linked with positive and long-term health benefits that translate into increased cognitive ability in ten year olds, which in turn is associated with higher earnings in adulthood.

Also Read :   Over 250 students realize their dreams of studying in Canada with WWICS

Amidst the current demographic trends, adult and adolescent vaccination offers a cost-effective solution to maintaining public health and helps the aging to be more active and productive.

Arijit Singh 2018 tour all set to take India by Strom