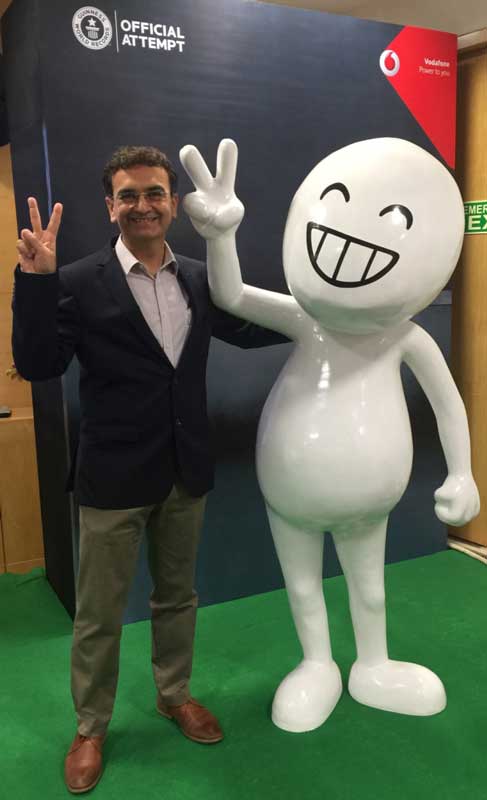 NewZNew (Chandigarh) : As the Indian Premier League (IPL) fever grips the country, Vodafone India, continuing with its rich tradition, is offering unique, innovative and engaging experiences to customers. The fun and excitement quotient at the on-going Vivo IPL 2016, has exponentially grown with a series of ‘SUPER’ experiences on offer, all aligned to its latest Vodafone SuperNet™ proposition.

Enthralling audiences will be marquee initiatives including Vodafone SuperCheer, Vodafone SuperAlbum, Vodafone SuperFan and Vodafone FanArmy – all designed specially to make a strong connect between the fans, the brand and their favourite sport. These money-can’t-buy opportunities enable Vodafone customers to take centre stage on a global sporting platform like the IPL, creating memories to cherish for life!

Announcing the ‘SUPER’ exciting experiences on offer to Vodafone customers, Sandeep Kataria, Director – Commercial, Vodafone India, said, “Vodafone has been associated with IPL since its inception 9-years ago. As we look forward to another exciting season of cricket, we are using this edition of the marquee cricket tournament as an opportunity to promote our recently launched Vodafone SuperNet™ proposition celebrating the major improvements in our network bringing new benefits to our customers. A series of unique experiences and engagement opportunities that combine the best of the past with the excitement of the new have been specially created for customers to actively participate in the Vivo IPL 2016. Vodafone SuperCheer, Vodafone Super Album, Vodafone SuperFan and Vodafone FanArmy are all being promoted with a creative blitzkrieg and amplified with a high decibel 360 campaign. We hope that our customers and cricket enthusiasts will enjoy this ‘Super’ exciting and rewarding experience while enjoying the cricket-ainment at the stadium cheering their favourite teams.”

Key Highlights of the Campaign

Also Read :   Youth must never give up on their dreams, says Ace cricketer Harmanpreet Kaur at CII meet

Vodafone India is the official partner and official sponsor (on-air) of Vivo IPL 2016. Vodafone is the only national brand to be associated with IPL since its inception in 2008. Since then, Vodafone and IPL have become synonymous with each other and in the minds of sports lovers.

Ayurvedic Acharya calls for setting up Ayurveda Board