Home News What is the relationship between cryptocurrency and the FCA?
Facebook
Twitter
WhatsApp
Email
Print
Telegram 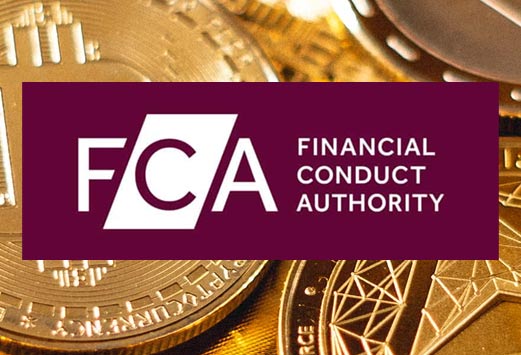 Cryptocurrency is seen as “The People’s Money” due to its decentralized and unregulated nature. The concept is supposed to be self-regulatory, however that is often not the case.

As for the FCA, they are the Financial Conduct Authority. It’s there in the title that they are the authority on financial matters in the UK. When cryptocurrency is available in the UK, you can expect that the FCA has an opinion on the concept.

So, what is that opinion? What exactly is the relationship between the FCA and cryptocurrency? Is it as idealistic as leaving one another alone, or does the FCA have a say in what goes on within the crypto sphere? We break it down in this blog.

The FCA warns against crypto investment

As yet, there is no blanket ban in the UK against cryptocurrency, like there is in other countries like China and India, so the FCA has just had to grin and bear it, but they have made it clear they are no fan.

If you search for cryptoassets on the FCA website, you will be met with three initial bullet points on the topic, the first saying that crypto is considered a “very high risk, speculative” investment. The second outlines that you will not have access to the Financial Ombudsman Service, which settles disputes between consumers and financial firms, or the Financial Services Compensation Scheme, which compensates you when financial ideas fail. So, they are making it clear that you have no safety net, nevermore than their third and final bulletpoint: “You should be prepared to lose all your money”.

So, it’s safe to say that the FCA isn’t a fan of the concept.

There have been examples of the FCA shutting down problematic cryptocurrency firms as far back as October 2020, when they banned the sale of crypto derivatives to retail customers.

But offers insight on how to do it safely

However, new regulations were introduced in January 2020, which allowed the FCA to monitor crypto trading businesses in order to manage money laundering and counter-terrorist financing. Ultimately, this means that there is a legal way to set up a cryptocurrency trading business, as long as they follow the compliance set in place.

If you’re looking to get into cryptocurrency trading, you might benefit from an expert offering you compliance consulting advice. Regulations are consistently changing, especially in cryptocurrency where the concept is new and the regulation is purposefully low, so it is beneficial to have someone to overlook the business and make sure you are doing everything right.

The FCA advises that anyone looking to trade in cryptocurrency should first check if the firm they intend to trade with is on the Financial Services Register so as to determine if they have been deemed trustworthy or not. If you ask them why they are not on the register and if they are allowed to carry on business without being registered and they give you an unsatisfactory answer, the FCA highly recommends withdrawing your money as soon as possible.

There are a lot of scams in cryptocurrency, including money laundering, terrorism funding, pump and dump schemes and more. It’s important that you know what you are doing before you put your money on the line.

The FCA is apparently aware of this, and very much in favour of regulating the concept of cryptocurrency.