Home Chandigarh Will Durga be able to make the dreams of her father Yashpal...
Facebook
Twitter
WhatsApp
Email
Print

newznew (Chandigarh) : Set against the backdrop of Haryana, a state with the highest rate of female foeticide, where every girl has to work at the field as a priority over school, Meri Durga brings a story of a father who, against all odds, is determined to educate his daughter for her better future. Whereas his daughter, despite her best efforts to study and noble intentions, keeps falling short of his expectations. Star Plus brings to you a story of an endearing father – daughter relationship with seasoned actor Vicky Ahuja as Yashpal Choudhary and his on-screen daughter Ananya Agarwal as Durga.

It doesn’t matter where you come from, your dreams determine what you will become in future. Yashpal, as a mere school peon embodies this thought as a progressive father who not only believes in equality towards a girl and boy, unlike the counterparts in his village but also nurtures a dream beyond his means for his 12-year old daughter. He believes that education is the only way to build a better future. 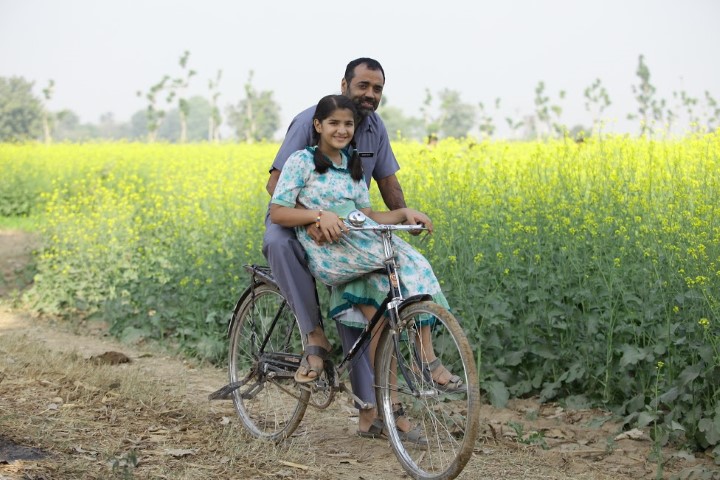 Durga, on the other hand, is an innocent young girl who enjoys childhood fun and experiences in her beautiful surroundings in Haryana. She finds running after kites across paddy fields, swimming in rivers, much more interesting than reading about them in books. She likes to hide behind the mango trees or runs after a falling kite on her way to school. She doesn’t shy away from hard work and spends a lot of time with her books ‘trying to study’ but somehow alphabets & numbers refuse to make her brain their home. She knows her family’s dilemma and financial situation and does everything in her might to help them even if it needs her break her piggy bank every now and then. Alas, a bright girl she lacks aptitude for studies and especially maths.

Talking about the show and his character, Vicky Ahuja commented, “Meri Durga is a very slice of life story of an adorable father-daughter relationship. I believe Yashpal and his daughter Durga’s journey will connect with every parent- It tugs at your heart with relatable parenting challenges. Here is a father who goes against his family and society to provide a better life to her daughter. He dreams of her to be an educated and successful individual; and hence will often go out of his reach to ensure his daughter doesn’t deviate from the goals he has set for her education”.

Ananya Agrawal as Durga said, “For Durga, her father’s dream is of utmost importance and she tries very hard to live up to her father’s expectations. However, she is below average in studies especially maths. Growing up in Mumbai, I didn’t have the same childhood experiences that Durga has in Haryana. She loves running after a falling kite, plucking mangoes from the trees and playing with his friends. I had a lot of fun shooting for these as they were so different from the games I play with my friends in Mumbai”.

To know more join Yashpal and Durga in their beautiful roller-coaster journey on Meri Durga starting 26th January 2017 at 6.30 PM  on STAR Plus.