Home News Will Pakistan be able to Handle the Pressure of Playing at Home...
Facebook
Twitter
WhatsApp
Email
Print
Telegram

Will Pakistan be able to Handle the Pressure of Playing at Home After Years?: Pakistan has been a forbidden location for the teams to play cricket for 10 years, and now that the location is no more forbidden, they are welcoming guests to play back on home turf. 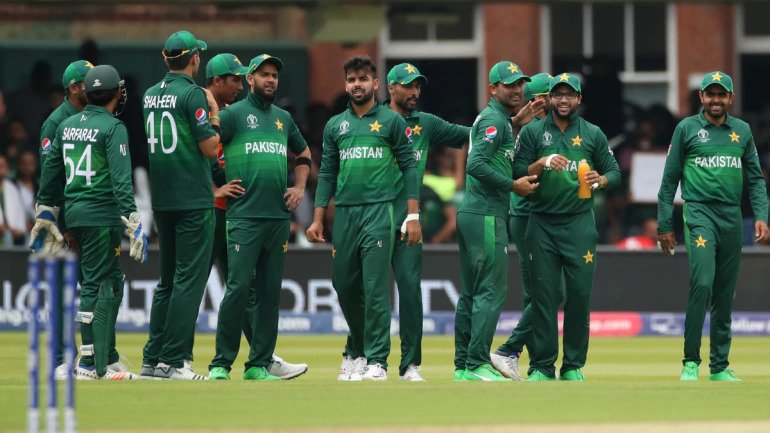 After the attack on the Sri Lankan team in 2019 in Lahore, none of the countries were ready to send their teams to play matches in Pakistan. The Pakistan Cricket team then switched over to the United Arab Emirates for a home ground, and it used to play its home matches in Dubai.

However, this was not a very good move for the Pakistan team as the fans who used to follow the live cricket score of the matches had to adjust themselves as per the time zones of another country.

The reason being that the conditions of the ground and the behavior of the pitch plays an important role in the outcome of the matches. Also, the team which is familiar with the outfield of the ground always has an edge over its opponents. But in this case, both the Sri Lankan and the Paksitani teams will be like visitors — almost completely unfamiliar with the ground.

The Pakistani team has only two players in its squad who have actually played an international match at the National Stadium in Karachi, where the ODI series is taking place. Other than them, none of the other team members have an idea of the ground.

The same goes for Sri Lanka as well, who have no prior experience of playing cricket in Karachi. Both the teams are looking forward to gaining momentum to rise up in the World Test Championship Points Table, as the table is being dominated by India, New Zealand and Australia at present.

The Pakistani crowd will be witnessing a big international series after long and will have very high hopes from the Pakistani team, which has a lot of youngsters in the team. Having the hopes high will surely pressurize the young talent of Pakistan, which will not be the case with the Sri Lankans, as the team has no bigger players to watch out for.

Also, the skipper Sarfaraz Ahmed is quite popular in his country and he will have to come out and take the responsibility of the team, performance because a lot is at stake this time.

The Pakistani team also has a new coach and selector Misbah ul Haq, whose performance evaluation is also possible by the time the Sri Lankans wind up the tour and return back to their home. Other than that, the Pakistani players such as Babar Azam and Fakhar Zaman will have a huge chance to get momentum built up against a relatively weaker team in this series.

Rampal charged with murder, taken to Hisar for probe