Yoga guru Anand Giri expelled for being in touch with family: Yoga guru Mahant Anand Giri of the Bade Hanuman temple from Baghambari Math and the Niranjani Akhara has been expelled by the Shri Panchayati Akhara Niranjani for being in constant touch with his family which is against the traditions of ‘sanyas’. 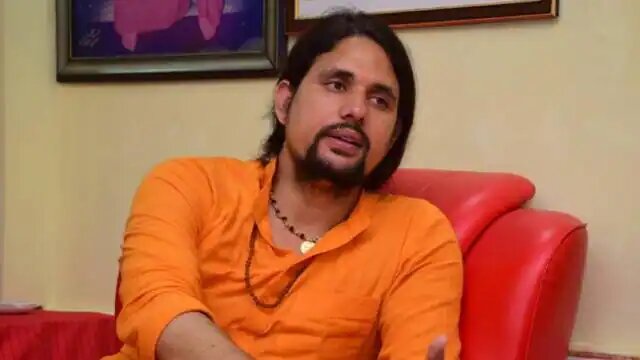 The action was taken after a complaint was lodged by Mahant Narendra Giri, president of Akhil Bhartiya Akhara Parishad.

Anand Giri, being a disciple of Mahant Narendra Giri, wielded a lot of clout within his fraternity and among devotees, but differences between the guru and disciple cropped up a few months back.

Anand Giri hails from a village in Bhilwara district in Rajasthan.

He had met Narendra Giri around 18 years ago and became his disciple. He learnt Sanskrit, Vedas, and Yoga along with English at the akhara.

“Anand Giri called his entire family to Nashik, Ujjain, Prayagraj, and Haridwar Kumbh, whereas, according to the tradition of our akhara, family relations cannot be maintained,” Mahant Narendra Giri said.

“Parents should be respected, but there is a tradition of the akhara. He was breaking the rule even after several warnings and was thus first removed from Baghambari Math and then expelled from the akhara,” he added.

There were also complaints of misuse of funds at the Bade Hanuman temple by Anand Giri.

The complaints were inquired by Panch Parmeshwar of Niranjani Akhara and the accusations were found to be true.

When asked, Anand Giri said his guru, Narendra Giri, has the right to take action against him and that he would continue to respect him and honour his words.

However, Anand Giri has written a letter to the UP and Uttarakhand police expressing his apprehension about his murder.

On the question of expulsion, Anand Giri said that he does not know on what basis this removal has taken place and would wait for the right time to speak.

eBay India emerges as the biggest online destination for Power &...