StarPlus’ game show, ‘Sabse Smart Kaun?’ is that show which allows us to win big by just using our smartness and common sense. Not only do the contestants on the show win big, even commoners like us can win 15 lakh rupees by playing-along on the Hotstar App, everyday! 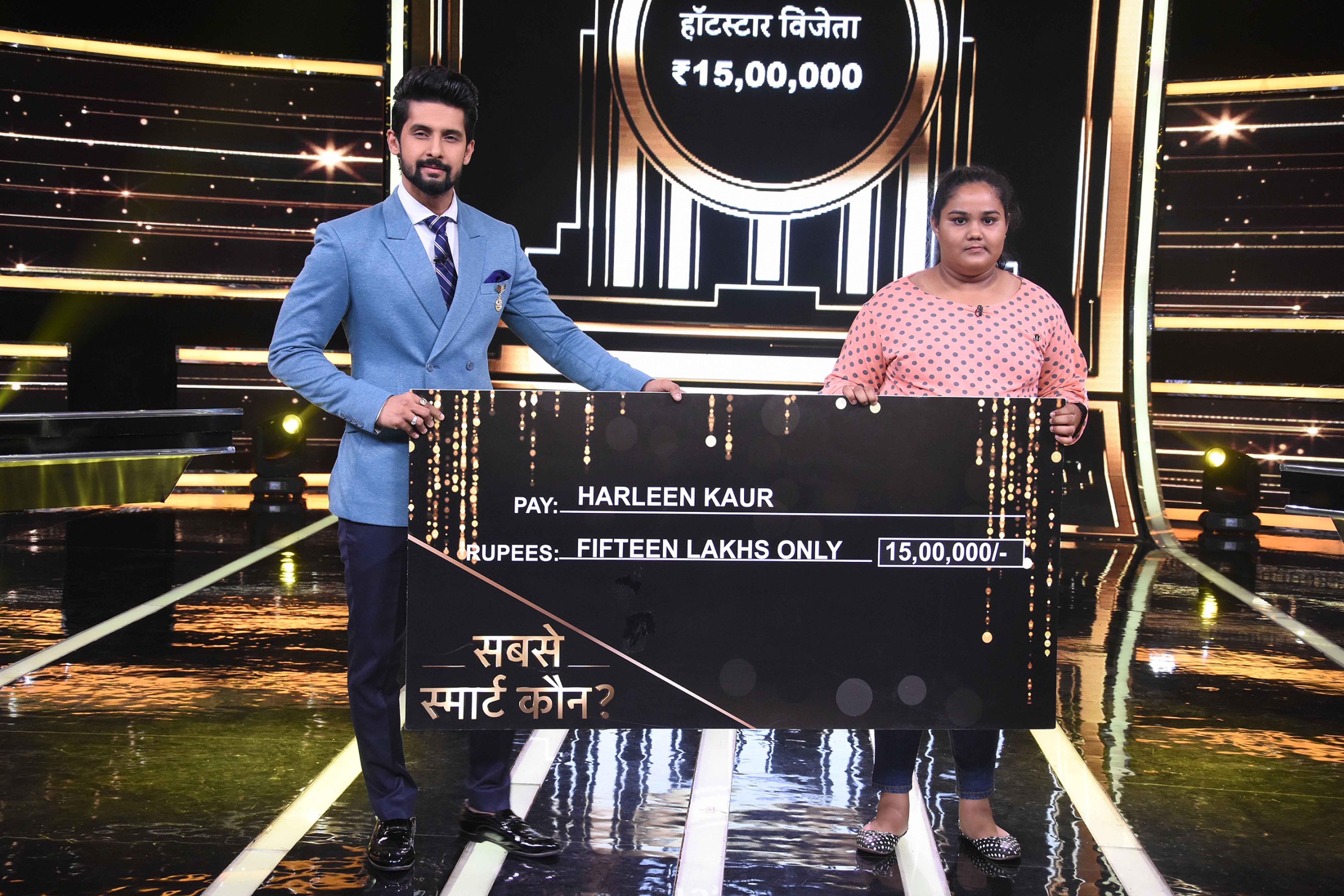 One such winner, Harleen Kaur from Hoshiarpur, Punjab won Rs. 15 lakhs for her family by playing on the App. While children her age are busy playing games and loitering around, young Harleen won such a huge sum using her wit and smartness, who is just 13 years old. The amount is enough for fulfilling dreams, but for Harleen and her family – it will be a life saver.

Being a farmer’s daughter, Harleen realises the value of money and wishes to give her money to her father – who is invariably waiting for his delayed payments. “As we all know the deteriorating condition of Indian farmers, I’d like to help my father with the money that I’ve won,” – says Harleen.

“I am so proud of you for supporting your family at a very young age, I am honoured to be a part of a show that changes peoples’ lives and I encourage everyone to play and make a difference for your family,” says Ravi Dubey, host of the show ; who is in awe to see such young winners.

Catch the heart touching story of Harleen on ‘Sabse Smart Kaun?’ only on StarPlus and Hotstar!