Volkswagen Motorsport India concluded Round 2 of its premium one-make series – Ameo Cup 2018. Round 2 witnessed three different winners over the course of the weekend, with Saurav Bandyopadhyay winning the inaugural race of Round 2 and Jeet Jhabakh and Dhruv Mohite winning Race 2 and Race 3 respectively. 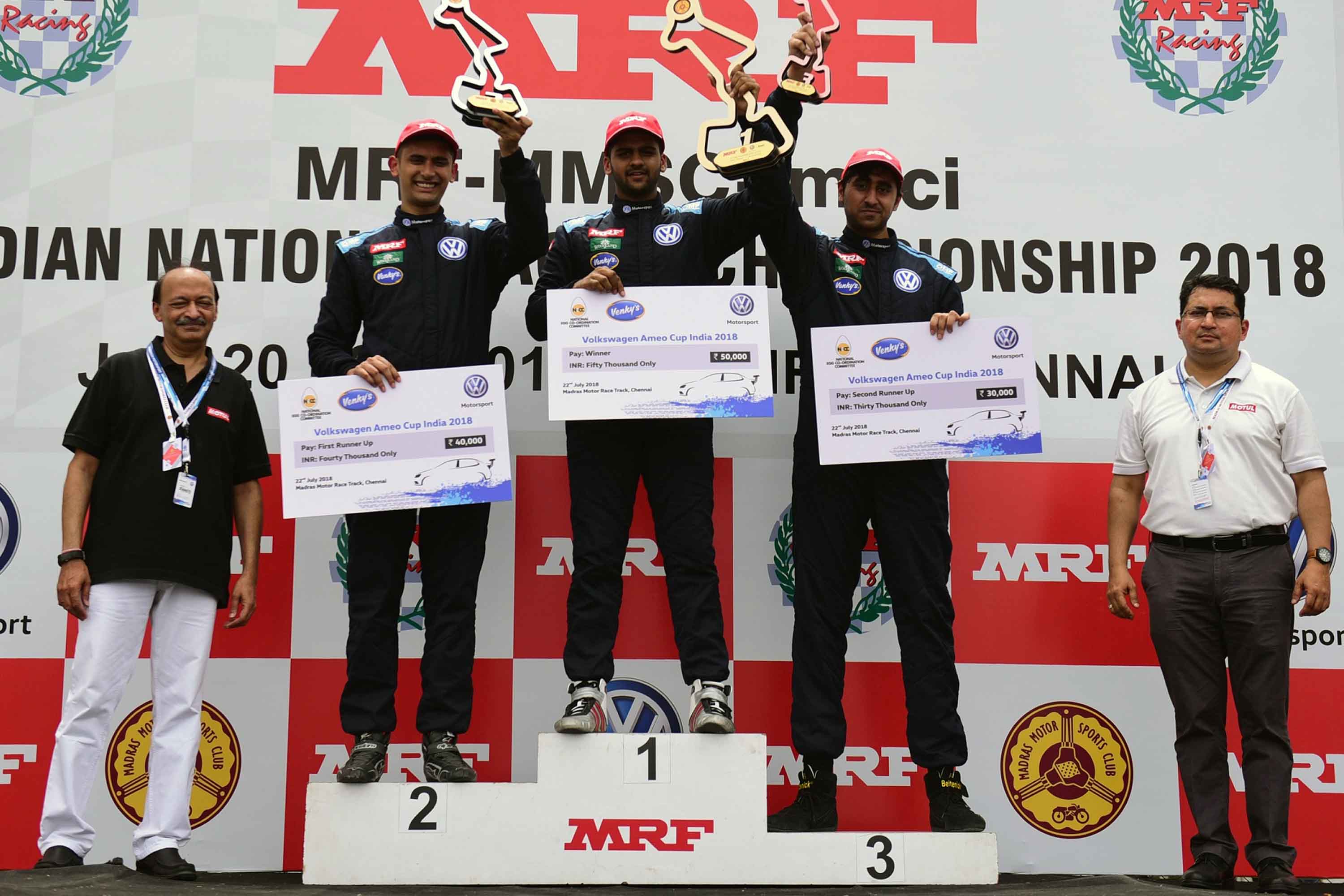 Half way into the season, Dhruv Mohite (Kolhapur) leads the overall standings with 220 points with Saurav Bandyopadhyay (Thane) in second position having managed to close gap to just 6 points. Jeet Jhabakh (Hyderabad) currently sits in third place 10 points behind Saurav. Only 16 points separate the top three drivers after the first five races. 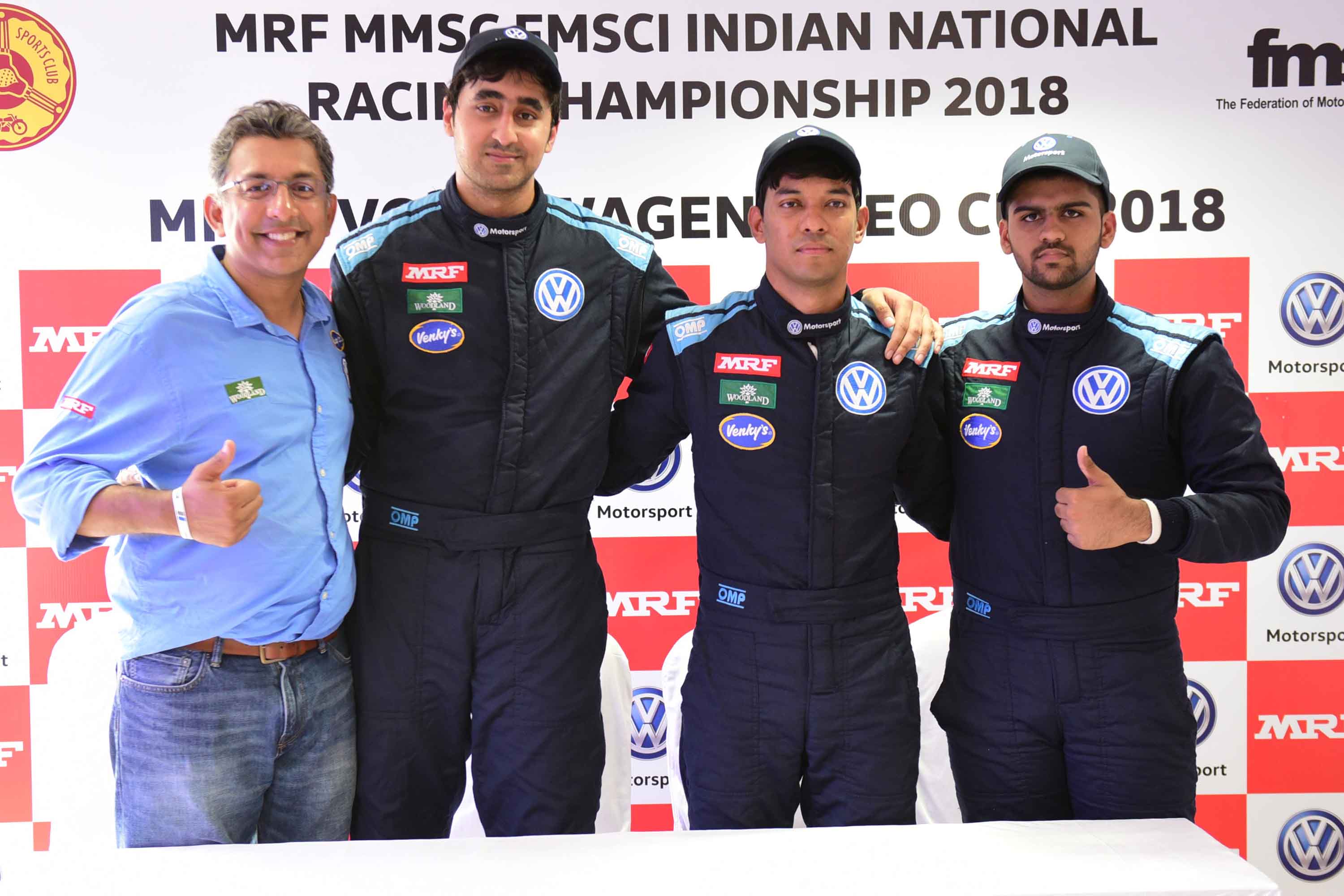 Anmol Singh (Gaziabad), finishing on the podium in all three races of Round 2 with has emerged as one of the top drivers. He is currently in 4th position behind Jeet in the overall points tally. 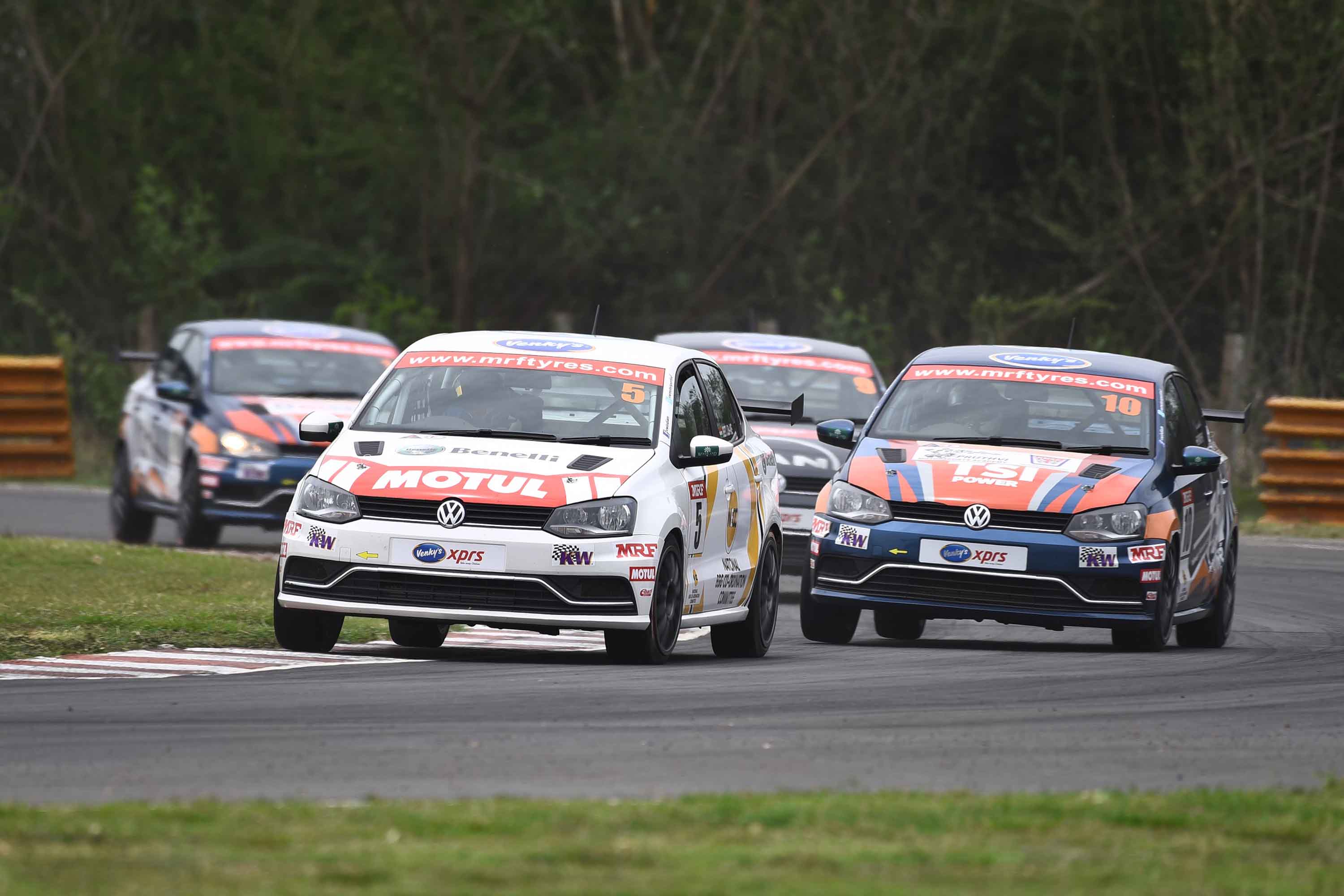 In the Junior category, Shubhomoy Ball (Bangalore) is leading with an overall point tally of 288, followed by Akshay Bhivshet (Goa) with 222 points and Shivani Pruthvi (Davangere) with 194 points.

Sirish Vissa, Head of Volkswagen Motorsport India said, “We are now half way through the 2018 season and the coveted drivers title is up for grabs with the top four drivers favourites to clinch the title. We are also surprised with the performances showcased by Shubhomoy, Akshay and Shivani who are the top three drivers in the Junior Category and have also impressed in the overall standings with 5th, 7th and 8th places respectively. We all hope the race for driver’s title goes down to the wire at the Buddh International Circuit come October.”

Shun Smartphone Addiction With this Model