As many as 283 units of blood were collected by the Competent Foundation on Tuesday during its 18th blood donation camp held at Post Graduate Government College, Sector 11 and at the office of Competent in Mohali. Nearly 176 units of blood were collected at blood donation camp organised by Competent Foundation in association with the Alumni Association of Post Graduate Government College held on college’s premises here today. In addition 38 people pledged to donate their eyes and other organs. Apart from this 107 units were collected from the office of Competent. 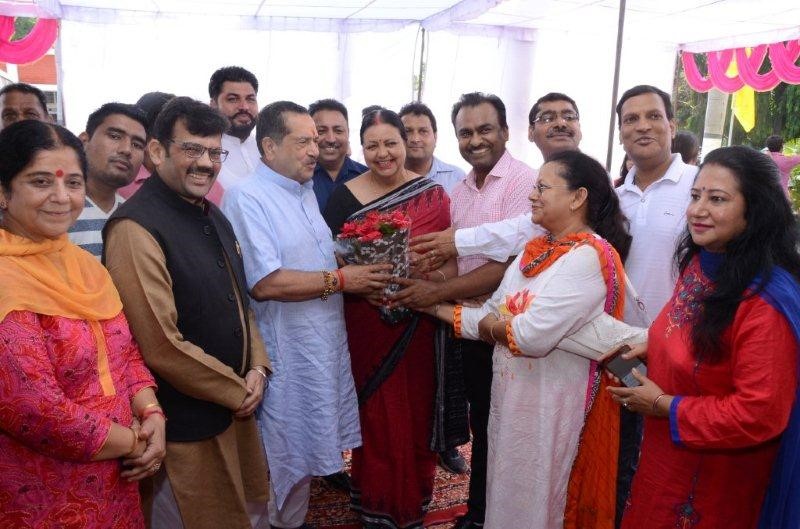 The camp held at college was inaugurated by the Member, National Executive of RSS, Indresh Kumar who was the chief guest on the occasion. The event occasion also witnessed the unveiling of a book ‘Sangarsh Gaatha’ written by Sanjay Tandon on the life of Governor of Chhattisgarh, Balramji Dass Tandon.

While speaking on the occasion, Indresh Kumar said, “It should be our duty to work for the welfare for people to build a strong nation. We should not forget the sacrifices done by people and leaders for the freedom of our country. This nation has given birth to various leaders and great enlightened souls. We should draw inspiration from them and should adopt their teachings in our day to day life. I must congratulate the efforts being done by Competent Foundation being run by Sanjay Tandon for the welfare of the society”.

Adding to it, Mayor of Chandigarh, Asha Jaswal informed about the various welfare activities being carried out by Competent Foundation since 2006 formed by State President, Chandigarh of BJP, Sanjay Tandon.“This foundation is known for undertaking various projects to help the under privileged in the society by organizing weekly langars, medical camps, cremation of unclaimed bodies, chemotherapy of cancer patients, free education, circulating daily good thoughts and weekly stories. Till date the Foundation had given 4942 units of blood to PGI and GMCH, Chandigarh, through 17 donation camps”, she said. The Chairman of Chandigarh Housing Board, Maninder Singh Bains and the principal of the PGG College also shared their views. 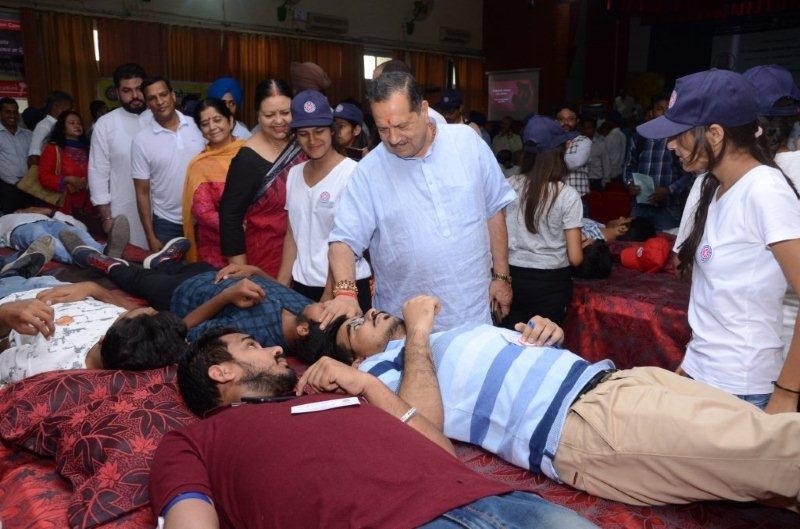 The details of the donors were filled in the described format which was accessed by the team of doctors from PGI who scanned the particulars of participants and gave a green a signal. The list of the approved candidates was inspected by a team stationed at next counter which provided cards to the donors. Each donor was presented with a Certificate from PGI.