NewZNew (S A S Nagar) : Endowed with tremendous corporal strength, enthusiasm and the instinct to outwit their opponents, nine of Punjab’s multifaceted young men  – aged between 18 and 28 –  are brimming with confidence to put up their best ,at the “Mr Punjab Grand Finale” at Football Ground, Phase 8, Mohali on January 23rd 2016. Befitting the popularity of this mega event PTC Punjabi will telecast LIVE the finale from the Football Ground from 6 pm onwards on January 23. The telecast will be in Primetime across USA, Canada, and Europe on the same day. 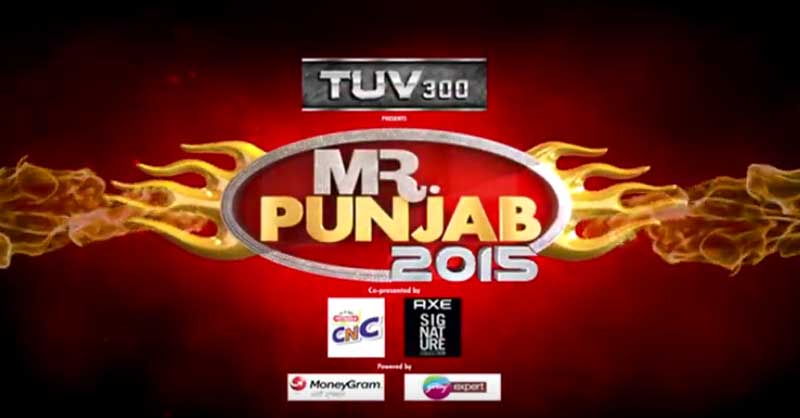 “Within one year of launch of Mr Punjab on PTC Punjabi, the scale of the completion has really soared. The recognition that previous finalists of Mr Punjab have found across the Industry is tremendous and the platform is supremely coveted. To add fizz and colour to the grand finale this year, Sunny Deol will attend the Finale as a Special Guest. There will be scintillating performance by Jazzy B who will sing to LIVE musicians. Sukshinder Shinda, Ravinder Grewal, Kulwinder Billa, Jassi Sohal and Anmol Gagan Mann will enthrall the audiences with their scintillating performances. Satinder Satti, the veteran anchor, will anchor the event”, said Ms. Rajiee M Shinde, Director & CEO – PTC Network.

“Tough elimination rounds have narrowed down the competition from thousands of enterprising and talented participants to nine finalists, one of whom would walk away with not only Mr Punjab crown but also a car, 1 Lac Cash Prize and an opportunity to anchor PTC Punjabi shows telecast in India and internationally”, said Mr. Rabindra Narayan, President & Director – PTC Network.

PTC Punjabi, Punjab’s biggest entertainment channel had thousands of Punjabi youth competing in the brawn and brain battles held at various auditions throughout the region. It is noteworthy to state that Prince Narula a Finalist of last year actually won many laurels throughout the year namely, Roadies, Splitsvilla and is now among the finalists of current season of Bigg Boss.

Shinde further added, “ “There will be five thrilling rounds of competition in the Grand Finale namely Punjabi Heritage, Phsical Fitness, Solo Dance, just a Minute and Question-Answer Round.”

From a Mechanical Engineer from Patiala to a national level Shot Put player from Amritsar, other finalists include a law student, a Hospital Admin, a National level Kabaddi Player,  fitness freaks and budding actors.