NewZNew (Chandigarh) : Global players exploring India as a talent pool for animation content and Indian filmmakers looking out for subjects with a “broad mass appeal”. There’s a huge potential for the growth of the animation world in the country, says US-based Avneet Kaur, who has lent her creative touch to Hollywood entertainers like “Tangled”, “Frozen” and “Zootopia”. 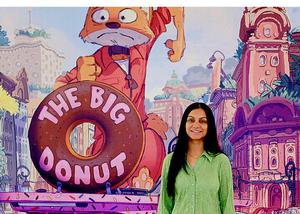 Indeed, the animals of the film are so tactile, for lack of a better word, that you just wish you could stroke every itty-bitty character that passes by onscreen. It’s the same sensation elicited when Brave ’s Merida first showed up: that fiery mane made you want to run your hands through her ringlets, if not yank on it. And what about Elsa from Frozen , when her perfect hairdo loosens to fall over dainty shoulders to the tune of “Let it Go”? When animated characters emote, and not just their eyes but their skin, hair, fur amplify the message, they truly come to life. It requires mastery of animation techniques to do that. The Hindu spoke with one such professional, Avneet Kaur, who has worked on several Walt Disney Animation Studios including Frozen , and now, Zootopia .

“The animation industry is definitely evolving in India. It has witnessed unprecedented growth rates in recent times,” told NewZNew in an email interview from Los Angeles.

Avneet Kaur, who is a simulation technical director at Walt Disney Animation Studios, said: “Over the last decade, it has seen the entry of many global studios who have tapped into India’s talent pool.
The Delhi-born Avneet Kaur lives in Los Angeles, where she is pursuing her dream of combining technical sciences and creative arts working as a character simulation technical director. “I always loved to draw as a kid, and my parents always encouraged my passion for the arts,” she says. “I pursued higher studies in architecture. I enjoyed creating structures and worlds with people. In order to advance my desire and learn more about that, I jumped into the world of 3D visualization.”
After a bachelor’s degree in architecture from the Birla Institute of Technology in India, she got her masters in visualization sciences from the Texas A&M University. There, she landed up working with Sony Pictures Animation Inc for 18 months, before finding her professional home in Walt Disney Animation Studios, where she’s been for the last decade. “I used to watch a lot of films. Animation became an area of grand focus for my graduate studies. A career in that field felt like a natural extension of what I would like to do. Architecture and 3D filmmaking are similar in many ways and I found myself applying the fundamentals of what I learned in 3D filmmaking.” 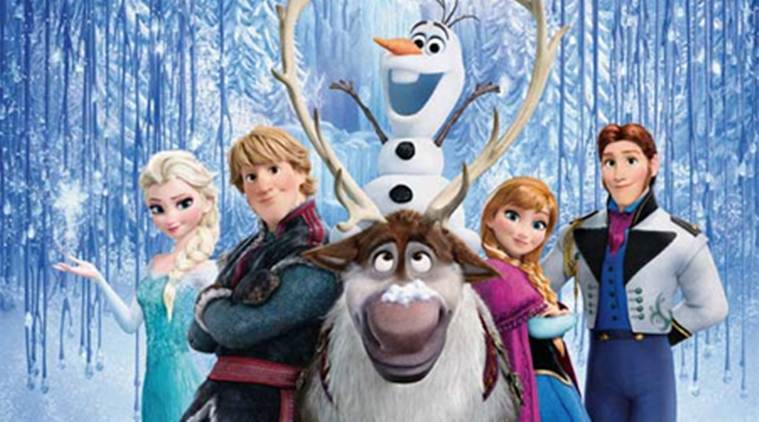 “Additionally, leading Indian production houses like Tata and Reliance are now investing in the animation market and collaborating with Indian filmmakers to make animated features that have broad mass appeal and entertain their local audiences.“I believe that this industry has huge business potential in India and is beginning to scale new heights.”

India is said to have nearly 300 animation, 40 visual effects and 85 game development studios with over 15,000 professionals working for them, and these cater to not just the movie world but also to small screen content for children and regional platforms.

Avneet Kaur says it is Bollywood that taught her to dream big, and her love for films made her walk on the animation path to reach the world of Hollywood.

Having worked on films like “Bolt”, “Wreck-It Ralph” and “Feast”, would she want to try her hand at an animation project in Bollywood?

“May be some time in the future if the correct opportunity arises. It will be a homecoming, for my work,” said Kaur, who after spending her growing up years in New Delhi and pursuing Bachelor of Architecture (B. Arch) from the Birla Institute of Technology, India, took a foreign detour as she did her M.S. Visualisation Sciences from Texas A&M University, US.

While the cinematic world at large continues to paint a picture of India as a place with a mysterious, magical and enchanting quality, Kaur believes people in the west define India as a “strong, modern and forward-thinking nation” which is in touch with its culture and history.

“India is a potpourri of diverse cultures. Growing up in so many different cities, each with its unique and diverse traditions, our family always had more festivals and occasions to celebrate.

“Bollywood taught me to dream big, and my family and friends taught me the essence of life, and kept me grounded. I am so grateful for everything I have learnt growing up in India.”

She added that she always “loved to draw as a kid”, and her parents encouraged her passion for the arts. Then she landed in Hollywood enthused with her love for films of all kinds.

Kaur asserted: “Having a job of making movies was the best thing that could have happened to me and what better place to do this at, than Walt Disney Animation Studios. I was offered a job at this magical place in 2005, and since then this is my second home.”

She joined the team of “Zootopia”, a film which brings the world of animals alive on the silver screen, when it was in early production, and worked as a character simulation technical director on it. Her next tryst with animation is Disney’s musical adventure film “Moana”.

So next time, you see an animated movie, pay close attention to every character’s body language. And doff your hat to Kaur and her ilk, who have made those characters come so vividly alive