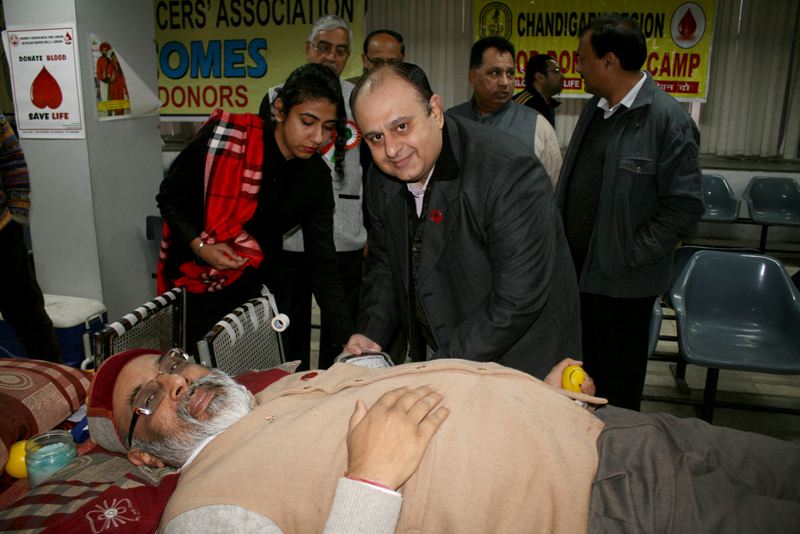 Sri Atul Kapoor, Vice President of Canara Bank Officers’ Association inaugurated the Camp and was the first to donate his blood (48 times).

Members of the Association along with their family members from Chandigarh & nearby places like Ambala, Panipat, Yamunanagar, Ludhiana, Patiala, Moga, Panchkula and Mohali came forward for donating the blood.