NewZNew (Chandigarh) : The 5th Edition of the Chandigarh Sports 13 Cyclothon is being held on 27th of November & 100 professional cyclists are coming from all over India to participate in this mega cycling event. Chandigarh Tourism in association Avon cycles is hosting the mega Cycling event; Sports 13 is the Company which has conceptualized the event which is being organised by StarBiz India. 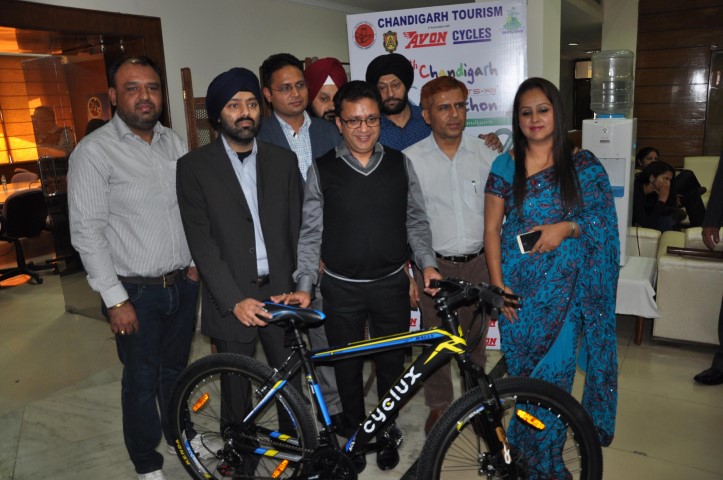 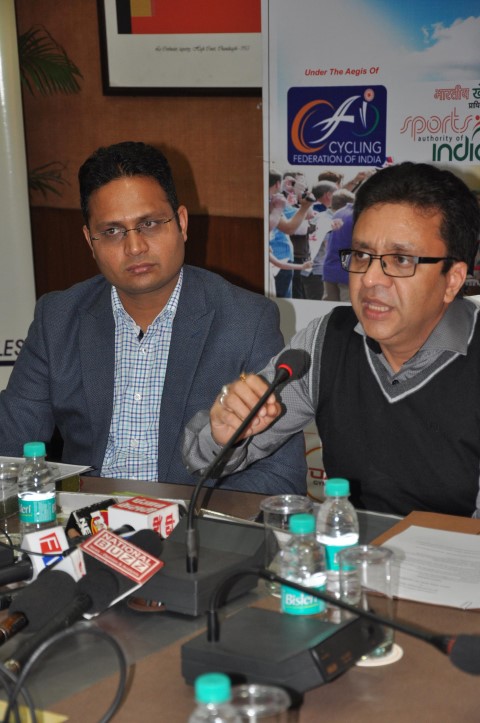 Mr. Anurag Aggarwal, Home Secretary, said “Chandigarh is a very cycle friendly city & has cycle tracks made along with the roads covering almost all sectors. These features make the city an ideal locale for hosting cycling events. A unique aspect about the Cyclothon will be that it will be dedicated to awareness about Organ Donation, as November 27 happens to be Organ Donation Day.” A major attraction will be an Elite National competitive race—a recognised cycling competition, under Cycling Federation of India (CFI) which will cover a gruelling 60 kms.

In the Non Competitive section a 4 Kms ‘School Ride’ for School Children in the age group of  7-17 years, an 8 Km ‘Fun/Maza ride’ for people from all age brackets and a 4 Kms ‘Senior citizen Ride’ (Age 50 years & above) will be held. Social messages will also be given in some rides like the ‘Youth for Change’ an 8 Kms ride for College & University students, ‘Proud to be a girl ride’ of 4 kms for Women (20 years & above) & the ‘Go Green Corporate Ride’ of 8 Kms. Mr. Jitinder Yadav, Director, Tourism, Chandigarh, said, “The Chandigarh Administration has been promoting Bike Tourism events from time to time to encourage people of all-ages to commute short distances on bi-cycles. More such events shall be organised to give such mass participative sports a fillip.”

Mr Yadvinder Singh,Director Conultant, Sports 13 said “The route taken in both the competitive as well as non competitive segments will be the same. The cyclists will be flagged off from near the entry into Sector 10 on Janmarg which divides Sectors 9 and 10. The cyclists will head towards North end (High Court side) and will take a U Turn from rotary on Uttar Marg (located at the North end of Sec 4 and 3 on the High Court side) travel back to Matka Chowk where they take a U Turn and again go towards North side. The race as well as rides will end at the start point.”Chandigarh Cyclothon has already received 2000 entries by the organizing company Sports 13. The last day for registration is 26th November, Said Kiranjot Kaur, MD Star Biz India, “Registrations can be done by calling 9815409107. An Expo is being held at Elante mall Chandigarh on 24th and 25th November 2016, 10 am onwards, where Goodie bags will be given along-with Chest numbers.  A Route map of the Cyclothon too will be given to participants.

It was informed that the pro race will be flagged off by Hon’ble Governor of Punjab & Administrator (UT) Mr. V P Singh Badnore at 8 AM on November 27. Mr. Mandeep Pahwa , Executive Director Avon cycles said , ”Avon Cycles is the leading bicycle company in India  & at present we are manufacturing around 12000 bicycles per day and a vast product range with 190 different models for everyone. Avon cycles always takes initiative to spread the message for clean environment through use of bicycles as a means of transportation & we are happy to be a part of the 5th Chandigarh Cyclothon.” Two ambulances will be pressed into service & Ivy Hospital is the Health partner of the event. Well known corporate Swaraj is also supporting the event. Twenty (20) police personnel from Chandigarh Police & Traffic Police will ensure smooth conduct. Traffic flow as well security will be taken care of in a way that residents do not face any problems due to sealing of some entry and exit points along the route. The prize money for first ten winners in Pro race will be Rs 2.5 lakhs & in Amateur Race Rs 50,000.

CA IPCC May 2017 Results to be announced today