Jyoti Dogra, a resident of Panchkula has returned to city with a title she won at the Mrs India national pageant. Dogra happens to be the only contestant representing Punjab who has managed to get a title at the contest in the above 60 age group. 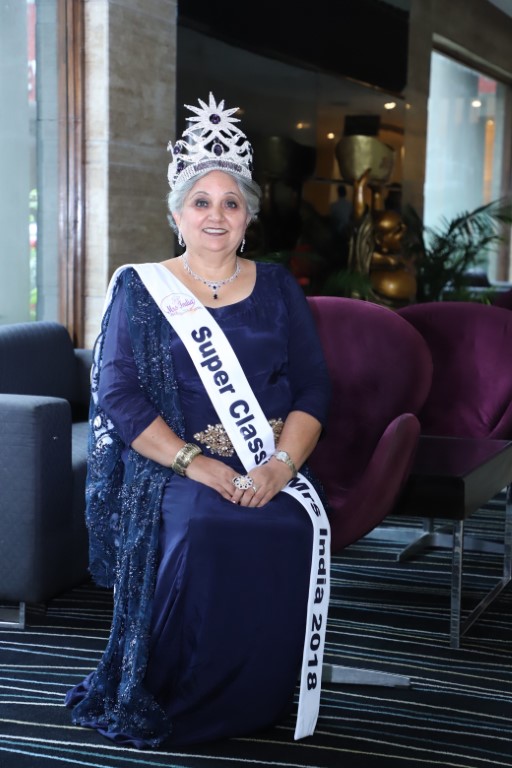 She proved her mettle and was selected after competing with 72 finalists from across the country at the pageant held at Chennai last week. She was the first runners up in ‘Super Classic Category’ in Mrs India Punjab held two months back and managed to bag the first prize in this category at the Mrs India contest.

Sharing her journey, “I started my journey with Mrs India Punjab where she went for auditions on May 26 where she cleared the same and managed to bag the runners up title in this category. Dreams have no expiry date, I believe and we just need to chase them and with a spirit of never giving up I started preparing for national pageant in Chennai, and had to undergo many workshops on yoga, Odissi dance, Silambam, gourmet cooking, glitter round and self-make up etc made us so active that we did not realise how the week was over. I plan to take up acting and also want to work for a social cause.”

Jyoti who spent 30 years in teaching and retired last year said she has a piece of advice for young girls keen on getting into the glamour world, “You must see dreams, and if you have a dream then only you try and work to fulfil it with a never give up spirit and age is no bar to accomplish anything in life.” Jyoti’s husband, a retired army officer is the manager at Panchkula Golf Course. They have two sons, both married, one of whom is settled abroad, while second one is in the army. 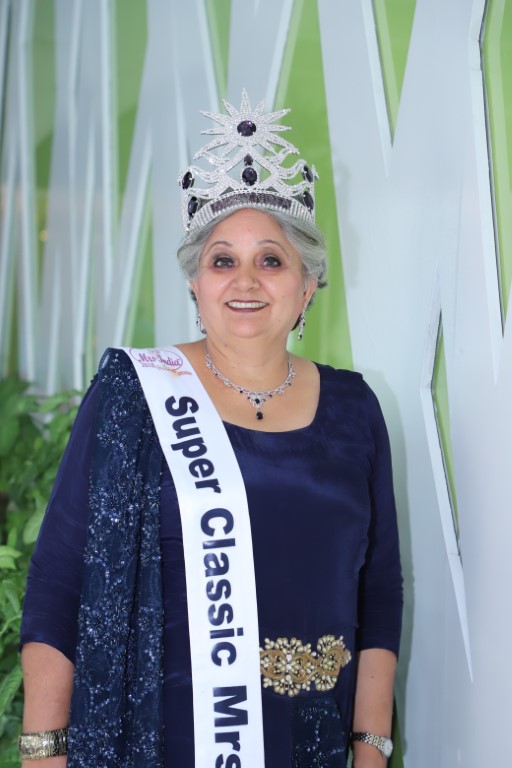 Five candidates who represented Punjab in Mrs India 2018 national level pageant held in Chennai from 26 July to 30 July proved their mettle amongst selected 72 finalists. Amongst these five finalists, who represented Punjab, four were army officers’ wives and one was a serving Air force officer of the rank of squadron leader. All of them bagged various titles.

Squadron leader Garima Dixit won second runners up and Mrs India Adventurous title in the first category of 20-40 years age, whereas Mrs Puja Sharda got Cultural Ambassador title in the same category. In the Classic Category of 40-60 years, Mrs. Geeta Dhull was crowned as third Runners up and Sandhya Kulkarni bagged the Iconic title.  Mrs. Jyoti Dogra who represented Punjab in Super Classic Category of over 60 years was adjudged as the worthy winner at the above National level pageant, where married women from across the country participated.

Mrs India 2018 pageant was a five-day long event, where contestants were judged in the basis of the talent, interview, corporate round, pool wear, various photo shoots as well as the question answers round on the last day. The Grand finale was held on 30 July 2018, where the winners were selected after a gala evening show encompassing fashion and glamour. The contest was organized by Mrs India pageant and productions Private Limited headed by Deepali Phadnis at a Chennai hotel.  This is the only National Beauty pageant for married women in India which provides the gateway to World’s Premium Beauty Pageants.