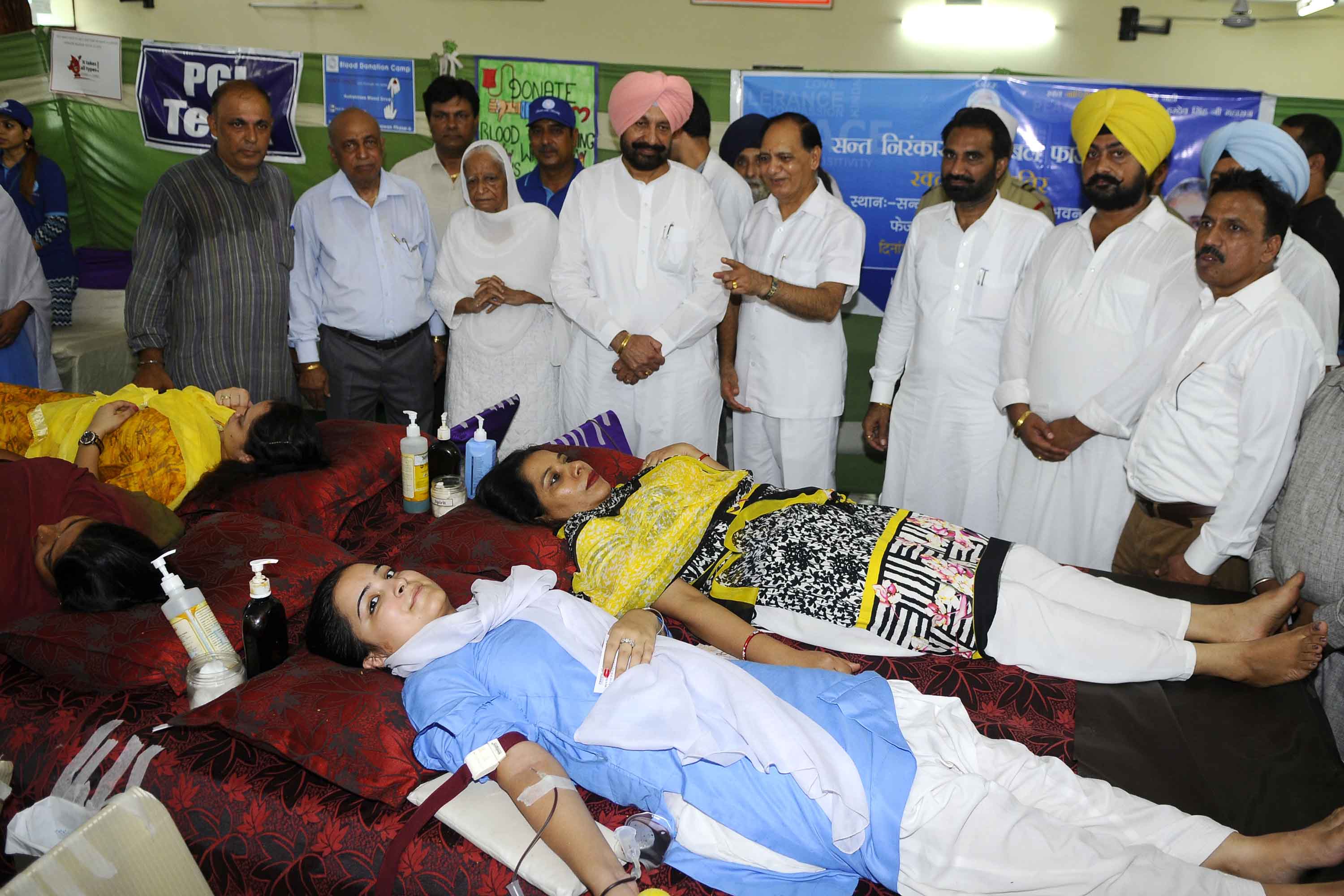 Sh. Balbir Singh Sidhu Ji, Cabinet Minister (Animal Husbandry & Diary Development and Labour) being a special guest said that blood donation is the highest donation in the world. It’s the best way to serve the humanity and Nirankari mission is doing a superlative work in blood donation.

Chandigarh Zonal Incharge Sh. K.K. Kashyap Ji welcomed all the dignitaries and donors. Nirankari Baba Hardev Singh Ji Maharaj used to call it the great service to the humanity. He inaugurated the first camp (1986) by donating blood himself. Today, the devotees are following his footsteps and that is why Nirankari Mission is the foremost organization in blood donation. Sh. K.K. Kashyap Ji further said that in the year 2018-19, 22 blood donation camps will be organized in the zone no.2, out of which 8 camps were successfully completed. Since the inception of blood donation camps in 1986, total 5560 camps were organized and 9,52,502 units were donated by the devotees as on 31.03.2018.

Mohali Sanjyojak Dr. Jatinder Kaur Cheema Ji, Kshetriye Sanchalak Sh.Atam Prakash Ji, Sanchalak, Dr. K.A. Garg Ji thanked all the dignitaries and donors for their participation. Dr. Cheema Ji said that the motive of these blood camps is to spread the message of Baba Hardev Singh Ji that “Blood should flow in veins and not in drains.”

In addition to the donors from Mohali branch, donors from branches of Saidpur and Kharar also participated in the camp.

Mahindra Drives in the New S9 Variant of Scorpio