7-year boy from Ambala suffering from a very rare disease, Esophageal Web has been treated successfully at Alchemist Hospital , Panchkula recently. Manu ( name changed) was facing severe difficulty in swallowing food and food sticking in throat from the past 1-year. He was not gaining weight as well as height and developing symptom of anemia and severe weakness. He was also not able to study due to poor concentration. The child denied any epigastric pain, heart burn, choking, or respiratory symptoms. 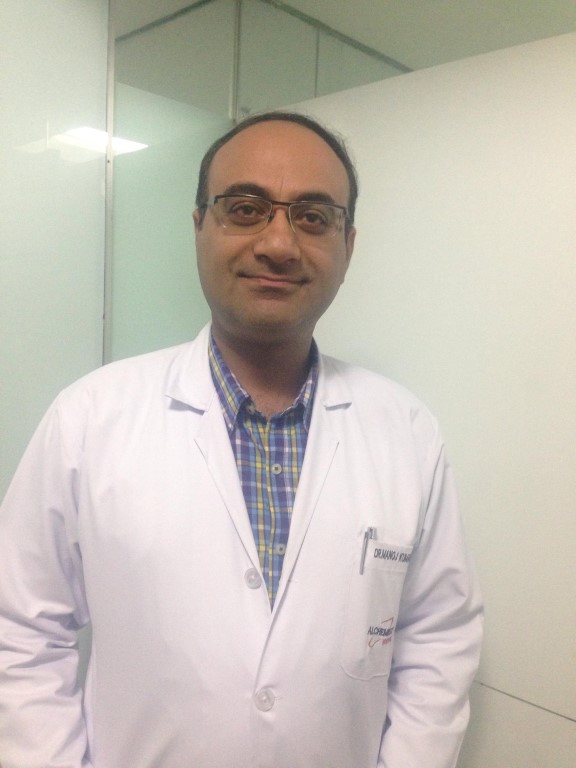 His laboratory workup showed low hemoglobin, serum calcium and vitamin-D levels. The doctors at Alchemist after an endoscopy test of boy were very surprised to see a membrane like structure obstructing upper part of esophagus, the scope could not be passed across this.

Dr Manoj Kumar, Consultant Gastroenterologist at Alchemist who treated the boy informed that Esophageal web is a  very rare disease which is estimated to occur in 1 in 25,000 to 1 in 50,000 live births.

He said further, “Esophageal webs are developmental anomalies characterized by one or more thin horizontal membranes within the upper esophagus and mid esophagus. They rarely encircle the lumen but instead protrude from the anterior wall, extending laterally but not to the posterior wall. In up to 5% of cases they are identified in an asymptomatic state, but when they are symptomatic they cause dysphagia for solids. Webs are fragile membranes and so respond well to esophageal dialation.”

An association among cervical esophageal webs, dysphagia, and iron deficiency anemia has been described as Paterson-Kelly syndrom. Recent reports have shown an association webs and celiac disease (allergy to gluten protein of wheat), pointed out Dr Manoj.

“After diagnosing this rare disease, we treated this patient by endoscopic dilation of this obstruction with the help of special types of dilators called SG dilators. This procedure was absolutely painless and was performed under conscious sedation with the help of endoscopes.”

After treatment, child started eating well without any discomfort. We followed up this patient after 3months of the procedure and what we found out was really satisfying. He had gained significant around 3kg weight. His anemia was recovered and school performance improved tremendously, remarked Dr Manoj.