The 7th Chandigarh Literature Festival -CLF, will be organized by Adab Foundation in Association with Post Graduate Government College for Girls, Sector 11, Chandigarh at the College’s campus from November 1 till 3. In three days of literary fervour, the festival will see some of India’s best Authors talking about books nominated by experts. 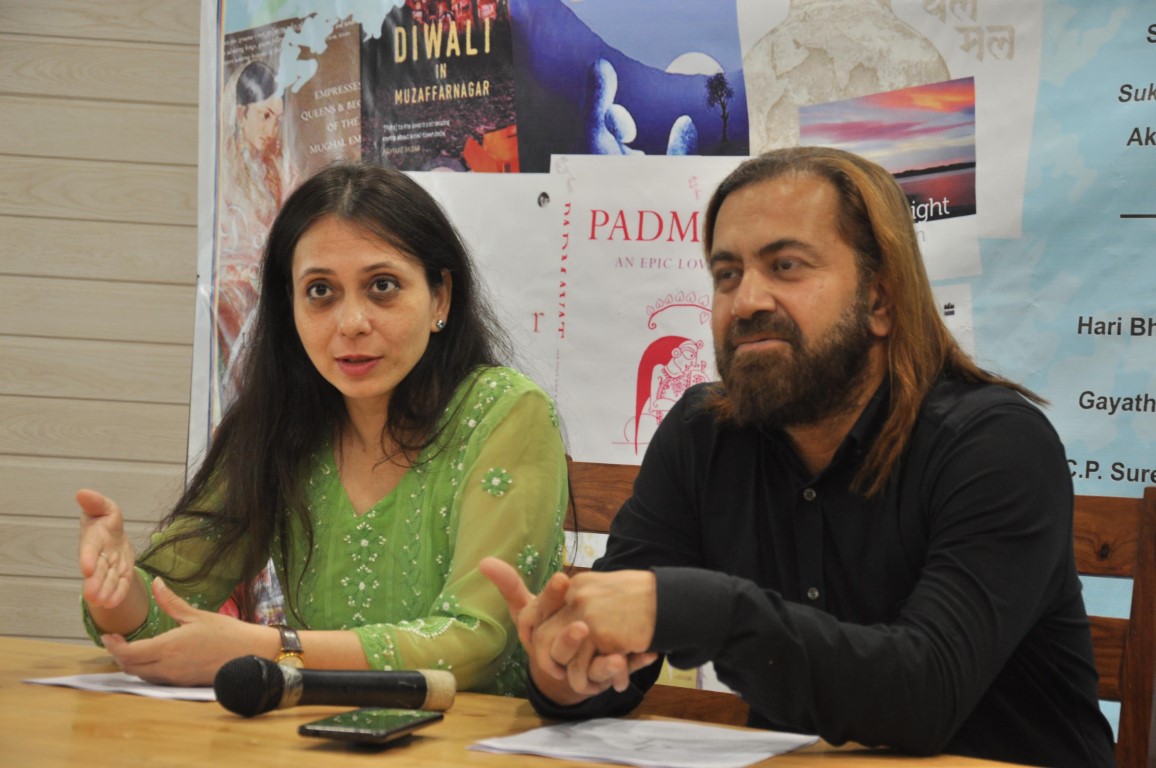 The sessions will be interesting ones conducted by a critic  who will be in conversation with the author.

The details of the festival were shared by Mitul Dikshit, Chairman, Adab Foundation, a not for profit organisation, committed to propagation of art & literature, and Annie Zaidi, Festival Director who is an award winning author, poetess  & playwright.

“We have something fresh in store for literature lovers. This year at the fest, Tamasha group will present ‘Blank Page’, an interpretation of contemporary Indian poetry through theatre, music & movement. The group’s performers  will also read a series of short stories. We will also hold a unique poetry event. A special poetry translators’ performance will see poetry from various languages from all over the world, rendered into English and other Indian languages.” Said Mitul Dikshit.

The festival will see engaging sessions between some of the best critics and authors of India.

“The 12 books being celebrated are ‘Ek thi Maina, Ek tha Kumhar’,’Diwali in Muzaffarnagar ‘ , ‘The Epic City – The World on the Streets of Calcutta ‘, ‘The Wildings’,’The other stories of difference ‘, ‘Jal Thal Mal’ , ‘If I had to Tell it Again’, ‘Daughters of the Sun’, ‘Available Light’, ‘Padmavat’ ,’The Big Small Town: How Life Looks From Chandigarh’ and ‘The Ballad of Kaziranga’.” Said Annie Zaidi.

In Tanuj Solanki’s ‘Diwali in Muzaffarnagar’, young men and women travel between the past and the present, the metropolis and the small town and between solitude and family, critic Omair Ahmad will be seen in discussion with the author.  ‘The Epic City – The World on the Streets of Calcutta’ is a masterful and entirely fresh portrait of great hopes and dashed dreams in a mythical city from a major new literary voice. Author Kushnava Choudhary will be engaged by critic Kunal Ray.

The book ‘The other stories of difference’ by an award-winning writer Paro Anand exposes the secrets and sorrows—and courage—that are part of today’s life. Swati Daftuar will talk to Paro. ‘If I had to Tell it Again’ is a memoir about a daughter’s difficult love for a flawed, passionate and larger-than-life father. Critic Jonathan Gil Harris will be in conversation with author Gayathri Prabhu. ‘Daughters of the Sun’ is the story of some 15 women who influenced the history of the Great Mughals, from Babur to Aurangzeb. Critic Rumina Sethi and author Ira Mukhoty will interact in a session.

‘Available Light’ is a collection of 360 poems written over 25 years. The book has been widely seen as one of the best volumes of poetry to have come out of India in recent times. Akshay Kunar critic & author C P Surendran will engage in a session.

In the book ‘Padmavat’, renowned Kabir and Bhakti scholar, Purushottam Agrawal will show how history, mythology, imagination and fantasy meet together to form a seamless epic in a session with critic Krishna Kumar.

‘The Big Small Town: How Life Looks From Chandigarh’, is a book which goes beyond the obsession with the Chandigarh’s planning and architecture. It dwells into an aspect that has hardly been explored before

There is something that movie buffs too can look forward to at CLF 2018. Two films which will be screened at the festival are Amar Kaushik’s directorial debut ‘Stree’ and Shoojit Sirkar’s ‘October’. A screening of these films will be followed by sessions with Amar Kaushik and Shoojit.

“This time we have curated the festival in a way which has all elements to attract literary enthusiasts, poetry lovers and film buffs.” Sums up Mitul Dixit.