The 7th Thang Ta Federation Cup 2018 is scheduled to be held here at the Skating Rink, Sector 10,Chandigarh from 9 to 12 August, 2018. The Thang-Ta Federation of India is organizing the event in association with Oty Cabs, Vimal Raj Auto Private Limited and STC News. 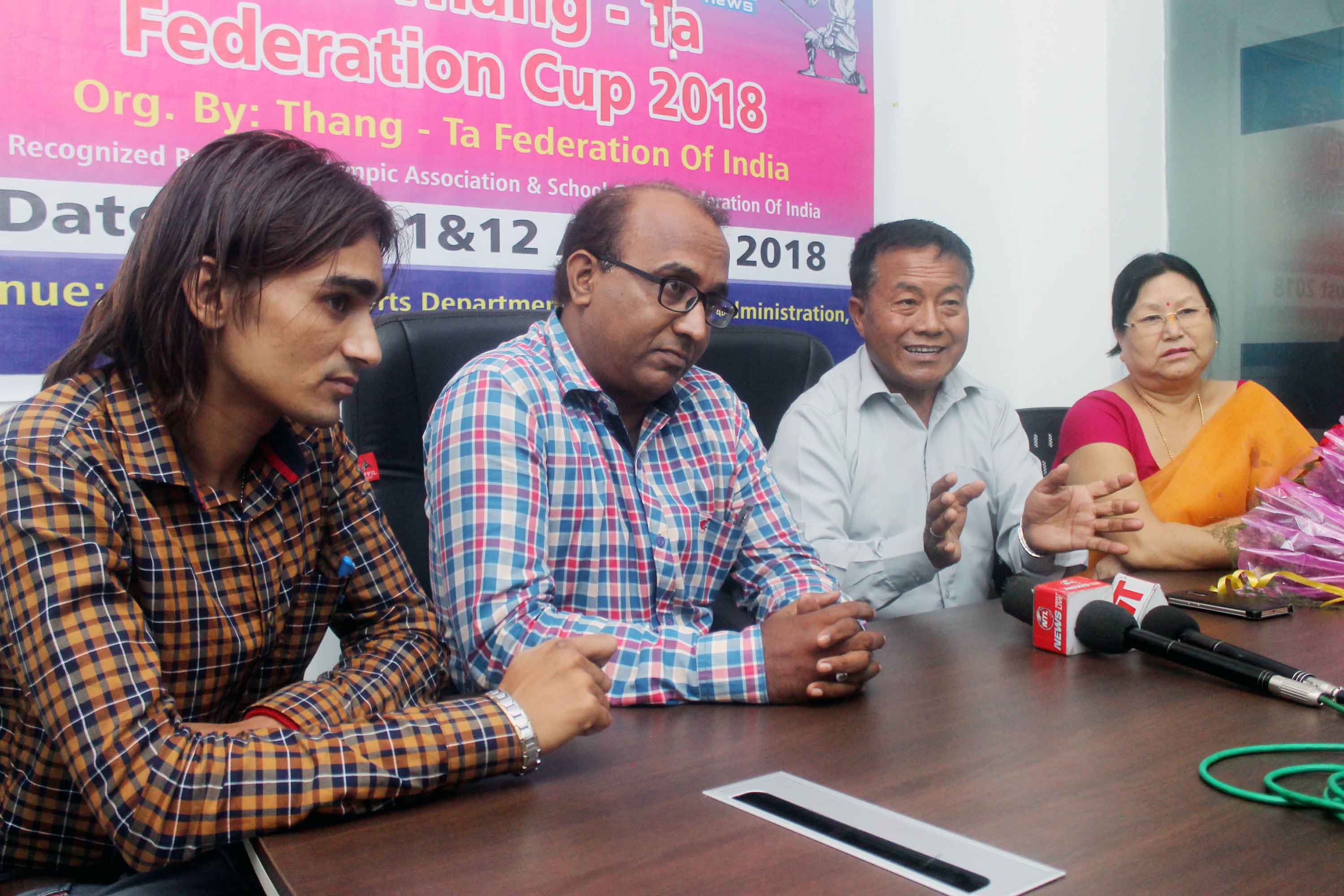 H Prem Kumar, President, World Thang-Ta Federation said,  “Thang-Ta is a form of martial art. More than 550 Thang-Ta players including officials are expected to take part in the event. There will be two major events: Phunaba and Kanglon Chatpa. Further, there are two sub events of Phunaba: PhunabaAma and PhunabaAnishuba.”

Thang-Ta is an ancient martial art and a martial education of India, which originated from Manipur. That deals with the defense and offence with weapon or without weapon. The Manipuris used Thang-Ta martial art for defending their kingdom against the foreign invaders and for hunting. Thang-Ta is not simply the ability to wield weapons, to fight with physical strength and skill alone, informed Mr Vinod Sharma, Secretary, Thang-Ta Federation  of India.

According to Ombir Singh, Organizing Secretary and Director, Oty Cabs, “Thang-Ta sports in its course of evolution has gained more and more refinement and popularity amonst the sports lovers in India and other countries.”

Traditional & modern looks infused and inspired by the Lohri spirit...