Sony SAB’S Jijaji Chhat Per Hain has recently garnered a lot of popularity, keeping the viewers intrigued with its hilarious track. Taking the comedy quotient a notch higher, renowned television artist Upasana Singh has been roped in to essay the character of a Pancham’s Punjabi mom ‘Bebe’ who is enthusiastic, anxious and curious about everyone else’s life. Bebe desires to have the most beautiful ‘Bahu’ and hates people who lie to her. 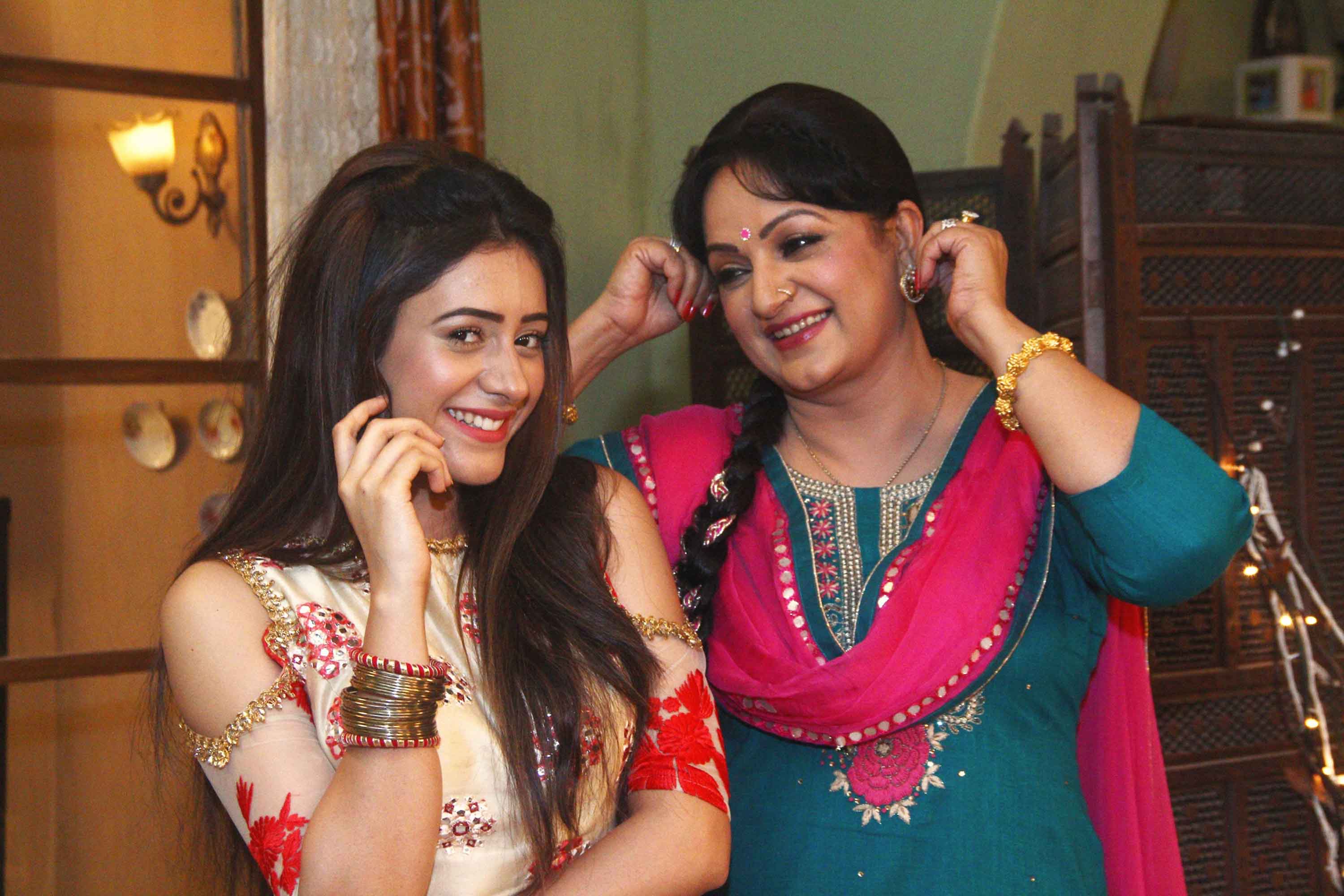 In the upcoming track, Pancham (Nikhil Khurana) gets caught in a situation where he is forced to lie to ‘Bebe’ about him being married.  At first Bebe is disheartened that without informing his family Pancham has taken such an important decision in his life. But then she is filled with excitement and takes the next train from Agra to Delhi to visit her daughter in law. Pancham, meanwhile, convinces Elaichi (Hiba Nawab) to play along as his wife. Elaichi and Pancham pretend to be a couple in front of Bebe while Pintoo has been introduced as the maid. However, Bebe doubts Pintoo’s (Harvir Singh) pretense and decides to get her married. Pancham is afraid to tell her the truth since Bebe is a heart patient and can get an attack if she comes to know that her own son has spun the web of lies.

How will Bebe react when she comes to know of the truth? Will Elaichi be able to save the day?

Upasana Singh, essaying the role of Panchams mother said “I am glad to be playing ‘Bebe’s character in Jijaji Chhat Per Hain since I have always enjoyed playing Punjabi characters on screen. The team is fun to work with and I have gelled really well with them in a short span of time. I am confident that viewers are going to love the upcoming track in Jijaji Chhat Per Hain.”

10 Market Committees of Barnala, Bathinda, Ludhiana And Amritsar distt. get...