8000 students write to CM, seek right to breathe clean air in Punjab: Concerned over the impacts of deteriorating air quality on their health, over 8000 school students from across Punjab on World Environment Day have written to Chief Minister, Capt. Amarinder Singh. 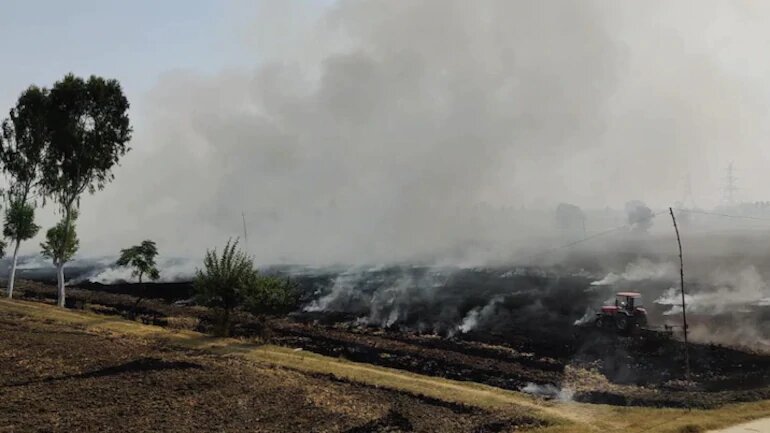 The students through their letters urged him to immediately initiate steps by acting on the rising air pollution, which will help safeguard their health.

The demands from students predominantly echoed their right to clean air and the right to breathe at the same time highlighting the fact that Punjab has some of the most polluted cities in India like- Mandi Gobindgarh, Amritsar, Jalandhar, Ludhiana, Khanna, and Patiala.

“Our teachers keep telling us about how rising air pollution and breathing toxic air affects the respiratory system and children are most vulnerable to air pollution. I keep hearing and reading about the rising air pollution levels in all cities of Punjab and it scares me just like Covid 19,” said Tanpreeet Singh, a student from Chandigarh.

He added that he hopes that their Chief Minister would at least listen to children and ensure that the younger generation is safe and every child in Punjab can breathe healthy air.

Even during the lockdown under second wave, when most of the industries were shut and movement halted, Ludhiana noted an average air quality index (AQI) of 135 whereas the good AQI is 0-50 and moderate is 51- 100. Even Fazilka and Rupnagar, which are considered some of the greener regions in Punjab noted an average AQI of 113 and 129, respectively. This alarming data puts focus on the immediate need for an intervention and promoting actions to reduce the prevalent severe air pollution.

The initiative of creating awareness amongst students on Air Pollution was carried out under the Clean Air Punjab project by EcoSikh.

In line with its restoration and conservation activities, Ecosikh along with Clean Air Punjab wanted to call attention to the Government through the voices of children to safeguard their future by taking strong measures and securing their health and wellbeing said Supreet Kaur, President EcoSikh India. “Thousands of children have written to the Honorable CM, Capt Amarinder Singh, expressing their concern about the air pollution in Punjab and the respiratory problems associated with it. The students have shown strong will and determination for their safe future,” she said.

Kaur added that on behalf of the seven thousand concerned children, they urge the State Government to come up with an action plan to tackle all sources of pollution in a time-bound manner- thereby ensuring that Punjab breathes freely.

Dr Prabhjyot Kaur Sidhu, HOD, Climate Change and Agricultural Meteorology, PAU said even during the month of May 2021 the Air Quality Index (AQI) of Punjab is 113, which is not in a good or satisfactory category and unhealthy for sensitive groups. “Though it is the cleanest time of the year when there is no residue burning. Moreover, due to lockdown conditions, the vehicular traffic is at its lowest level. The industrial pollution is also minimal.”

Veteran actress Reema Lagoo passes away at 59 after Cardiac Arrest