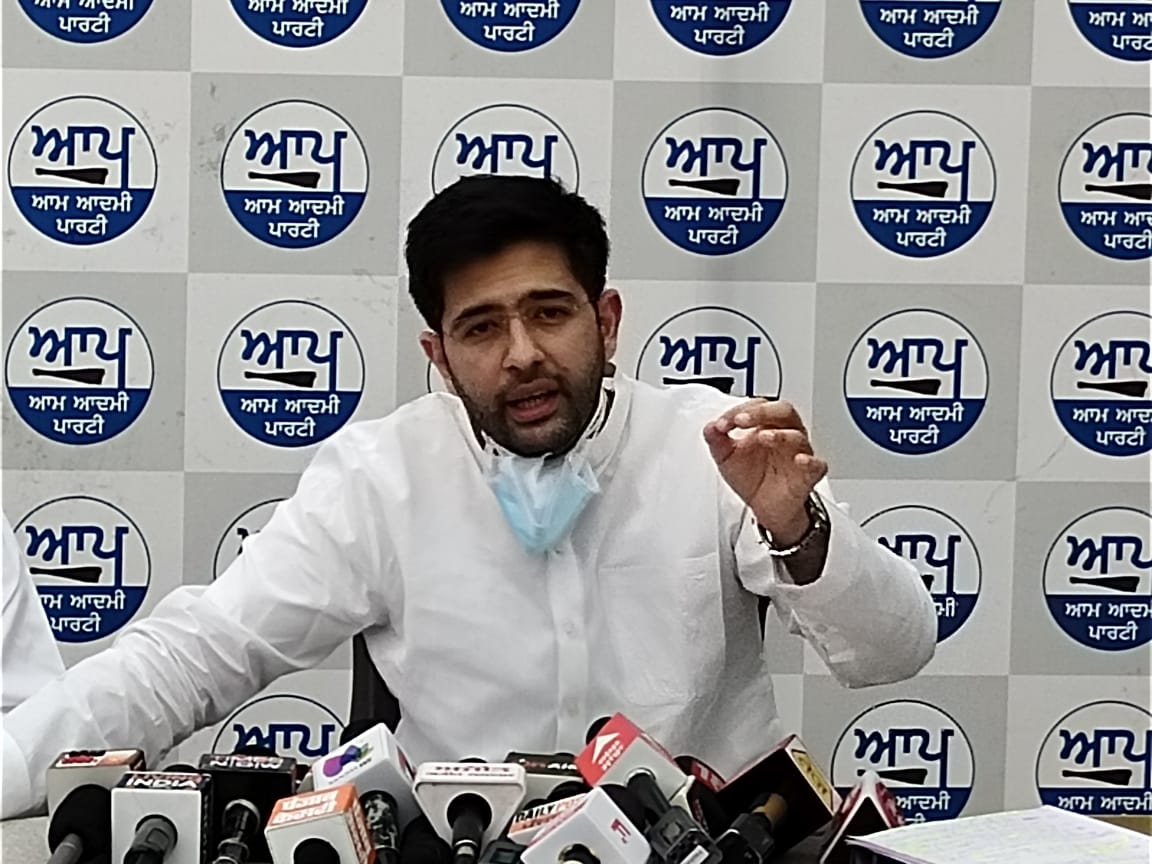 Addressing the media during a press conference convened at the party headquarters here on Friday, Raghav Chadha alleged that Captain Amarinder Singh was following the footsteps of his boss Prime Minister Narendra Modi and looting money from the people of Punjab in times of trouble, by making ‘disaster’ an ‘opportunity’.

1. When Delhi‘s Arvind Kejriwal government could provide free vaccines to the people of Delhi, then why the Congress government in Punjab could not get it done for the people.

2. Why did the Captain government close down government vaccination centers and allow private hospitals to charge Rs 3,100 for vaccines?

3. Captain Amarinder should tell the people of Punjab that to which Congress leader did he gave crores of rupees collected through black marketing of free medicine.

4. Has the money for the vaccine scam been given to the Congress party high command?

5. Will the Kharge Committee, set up to end the Punjab Congress internal feud, also ask Captain Amarinder Singh about the vaccine scam?

Chadha said that the Captain government had made a big fuss about vaccinating the people of Punjab against Covid, free of cost; but by closing down the government vaccination centers, the people were being forced to get vaccinated from private hospitals at a cost of Rs 3,100.

Replying to queries from the media, Raghav Chadha said that when Health Minister Balbir Singh Sidhu was saying that he had no involvement in the vaccine issue, did Chief Minister Captain Amarinder Singh commit the vaccine scam? He demanded that Congress national president Sonia Gandhi, Priyanka Gandhi, Rahul Gandhi and Chief Minister Captain Amarinder Singh should make their position clear to the people of Punjab and the country regarding the vaccine scam in the Congress ruled state of Punjab.