Seen in a Hindi Song, “Rooh” sung by Kamal Khan and released by T-Series

Every day we see lot of new faces being introduced in our Entertainment  Industry or in the Indian Cinema  who carry lot of enthusiasm and energy with a promise to stay in for a long time. And in this growing industry another name is going to be added as Rajbir Vats, the owner of good looks, honesty, zeal to prove himself and lot of zeal and energy with a thought process to stay in the industry for a long-long time. Rajbir Vats is being featured in the Hindi Song, “Rooh”, which is sung by renowned singer Kamal Khan and is released under the banner of T-Series. 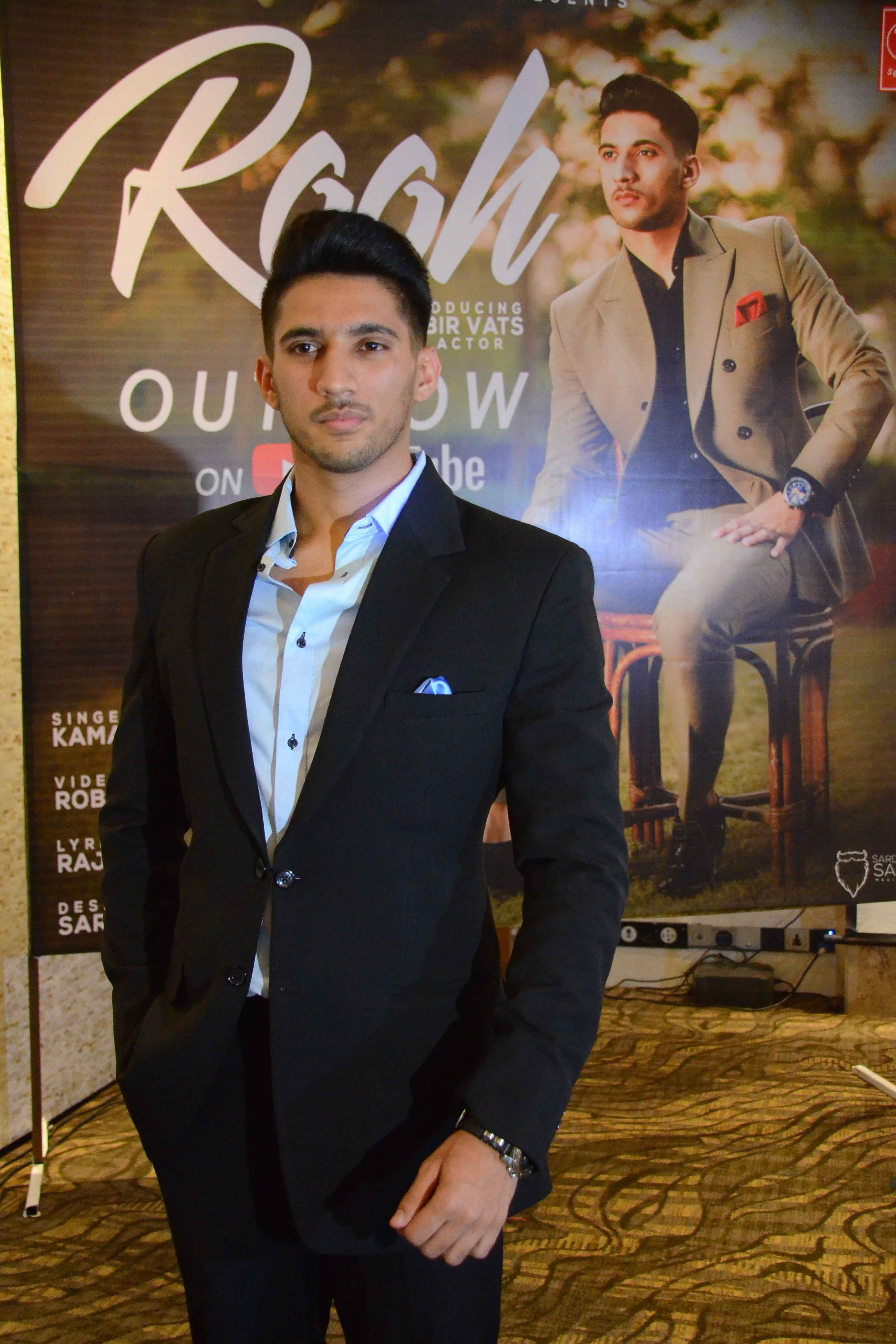 Actor Rajbir Vats along with the team released the song today and interacted with the media. When asked about his journey in this tinsel industry, Rajbir Vats, said, “My passion for life is expressed through a myriad of artistic endeavors smitten by whimsical world of cinema since childhood”. He further added that i had always dreamed of becoming an actor and to achieve the dream the first step is a commitment to yourself. If you want acting to be more than just your hobby, you need to treat it like a job as acting is not a career you can pursue half-heartedly, you need to focus all your energies and efforts towards you ultimate goal of being a professional actor.

When asked about being introduced by two big names, one the Music Label as T-Series and two a renowned singer, Kamal Khan to which Rajbir replied, “I actually feel proud and happy to be associated with these two big names who gave me this opportunity to be seen by the masses”. He added, that he would like to thank Dr. Ashupriya, his mentor who always believed in me that I have that potential to be a part of this industry and a word of thanks to Dr. Nirmal Singh, who supported me in the execution of this song, “Rooh” for which the music has been given by the famous Director, Robby Singh and the lyrics have been penned down by the famous lyricist, Raj Ranjodh.

Speaking on his future plans, Rajbir said, that he is working on few more projects and is looking forward to act as a lead actor in a Hindi film soon.

Trends Festival Exhibition is a Paradise for Festive Shopping