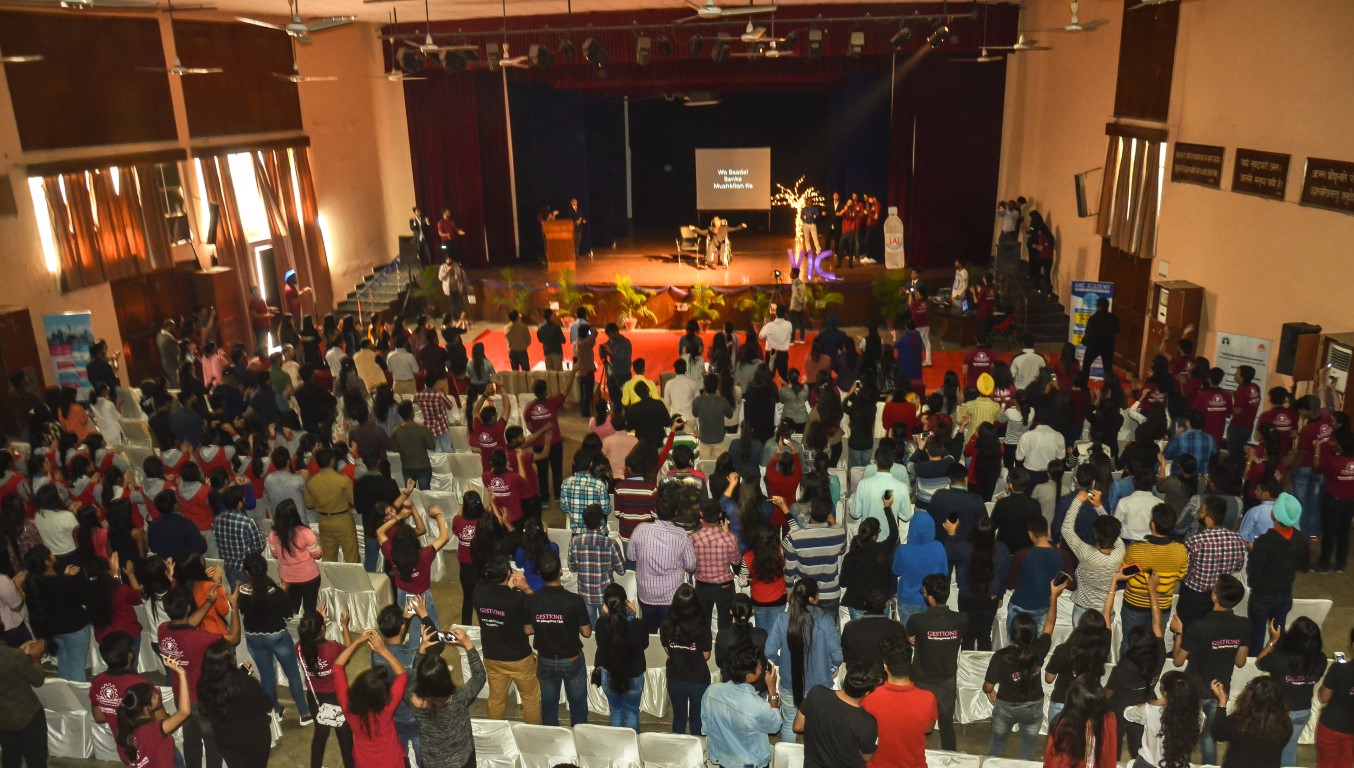 “Standing at the crossroads of the 21st century, today’s youth lacks vision and with VIC, we cater to help them with the same. After all, the youth of today comprises of the leaders of tomorrow. The speakers will be given a flexible time-window to enlighten the audience with their mighty words”, said Dipesh Jindal, the Founder of VIC.

“VIC is a summation of three words, namely, Visualize Idealize & Conceptualize. Each word has its own relevance & significance, which when brought together, forms a magnificent meaning as a whole”, said Mr. Vineet S. Bhatia, Co-Founder, VIC.

The event kick-started with the inspiring words of Mr. Vivek Atray, a retired IAS Officer who has served as the Deputy Commissioner of Panchkula, Haryana. Followed by the words of wisdom by Mr. Girish Gogia, who is 90% paralysed and is known for his optimistic attitude. Mr. Girish Gogia has been awarded by the Karmaveer Chakra Medallion and Rex Karamveer Global Fellowship Award for pro-active citizenship. He was also been awarded with the top 10 thinkers award from MTC Global. He received one of the most prestigious “Positive Health Hero Award” by Hritik Roshan.

“You have the power to change your life, and you are the creator of your own destiny”, exclaimed Mr. Girish Gogia. He conducted an enticing laughing therapy followed by a dance & music activity which left the audience in boisterous vibes & high spirits.

The event further proceeded to hear from one of the tricity’s most prolific & celebrated motivational speakers and the founder of two enormously flourishing enterprises, EduCorp Consultancy Services and EduCorp Trainings, Mr. Amit Hans.

“When I walk on the stage, the stage greets me like an old lover, for I have already envisioned my act a thousand time en Pointe, I have taken over the entire stage, my movements as graceful as gazelle, I have imagined the audience cheering me on, my graceful bow in the end & the bouquet of flowers as appreciation, the curtain unveils & I dance, I dance exactly as I had seen”, elegantly stated the last speaker of the day, Ms. Amisha Batra.

“The event could not have been such a flourishing success without the perseverance & unflinching devotion of the students of The Economics Society of our college. I would like to applaud them for their indomitable will & thank the Economics Department, Principal sir & the speakers for their words of wisdom”, said Simran Jaidka, Teacher – in – Charge, The Economics Society, Department of Economics of DAV College. Dr. B.C. Josan appreciated the efforts of Economics department and congratulated the faculty and students for the successful organisation of the event.

The event was definitely in lines with the thoughts of Sir APJ Abdul Kalam “Dream and then work towards that dream”.