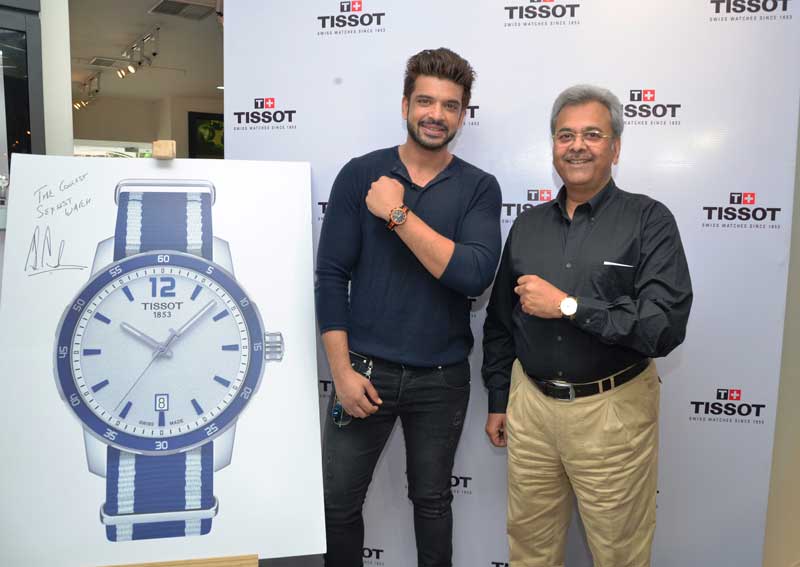 Flaunting his new possession, Karan Kundra said, “At Roadies most of our tasks are time based and what better association can one think of other than the Swiss watchmaker like Tissot. I quite like this Quickster watch that I have been presented today. It’s quite casual and I like the fact that I can change its straps according to my wardrobe.” 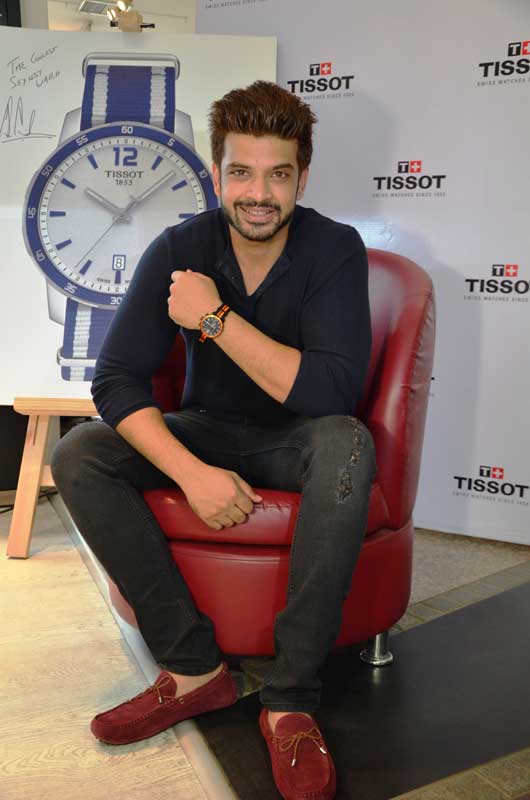 Tissot Quickster is destined for the young and dynamic minded people, who are also looking to stand from the crowd. Its face keeps it simple with straight hands and the number twelve at its right place, adding to its sporty character. The many details of the watch are what make it stylish. The trendy NATO strap, on some of the models, is definitely part of those details. It offers the possibility of changing the bracelet depending on the mood or the outfit you are wearing. If you are looking for a more classical look, this collection also offers leather straps or stainless steel bracelets. Some watches even feature a mother-of-pearl dial if you are looking for that extra dash of sophistication.  With a price range starting from Rs 19200, it clearly is a summery delight.

Tissot is the associate sponsor of MTV Roadies which is a youth-based popular reality television show on MTV India. The show is an amalgamation of travel, adventure, drama and survival.

The plus sign in the logo symbolises the Swiss quality and reliability Tissot has shown since 1853. The watches, sold in more than 160 countries, are authentic, accessible and use special materials, advanced functionalities and meticulous design. Tissot stands by its signature, Innovators by Tradition. The high calibre of the brand has been repeatedly recognised.Tissot has been named Official Timekeeper and Partner of many disciplines, including, basketball with the NBA, FIBA and CBA; cycling with the Tour de France and the UCI World Cycling Championships; motorsports with MotoGPTM and the FIM World Superbike Championship and rugby with the RBS 6 Nations Championship, TOP14, the European Rugby Champions and Challenge Cups. It is also the Official Timekeeper of the World Championships of fencing and ice hockey and of the AFL.www.tissotwatches.com

Singer Roy reached Ludhiana for the promotion of his debut Punjabi...