There was no formal training in Yoga for her, but just watching her mother practice Yoga at home, ‘fitness’ ultimately got embedded in her daily routine. The‘1920’ and ‘Commando’ actor Adah Sharma expressed her delight on being featured on The Lifestyle Journalist magazine cover. 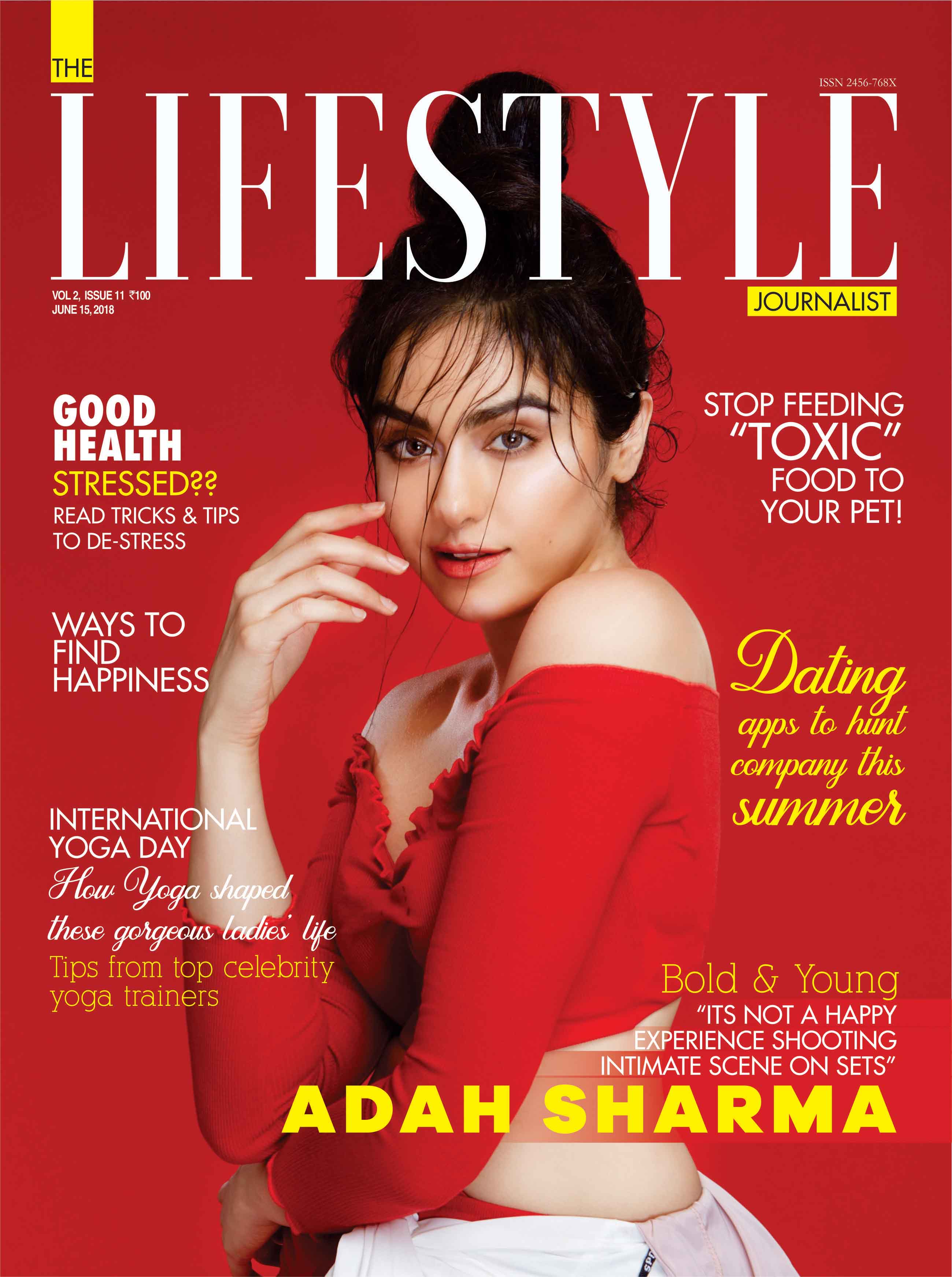 Adah is a young, talented Bollywood actor. She began her career with a successful horror movie 1920 by Vikram Bhatt and later from the movie ‘Hasee toh phasee’ she got more recognition. She was barely out of school when she first made her entry in Hindi movies.

During the shoot, Adah cited that The Lifestyle Journalist was a great platform for the young, talented actors to appear on the cover and bond directly with their fans and audience.

“I am a pure vegetarian and there is nothing healthier than that. I do some sort of fitness activity atleast five times a week. Yoga is handy, it can be done in a hotel room when one is travelling. I make sure I do some suryanamaskars,” adds Adah.

“She has been very candid and honest in her interview and has her own classy style. Whether it was question related to the kind of partner she wants or about challenges in film industry, she was up-front. It was an interesting experience to feature her on the cover,” said Ankur Vadhera, Founder and Creative Director of the magazine