NewZNew (Chandigarh) : Senior office bearers of Anti-Drugs Federation of India (ADFI), a Non-Government organization, which is in the forefront of taking action against scourge of drugs and which is headquartered in Zirakpur, greeted S S Gill, Senior Superintendent of Police(SSP), Chandigarh. 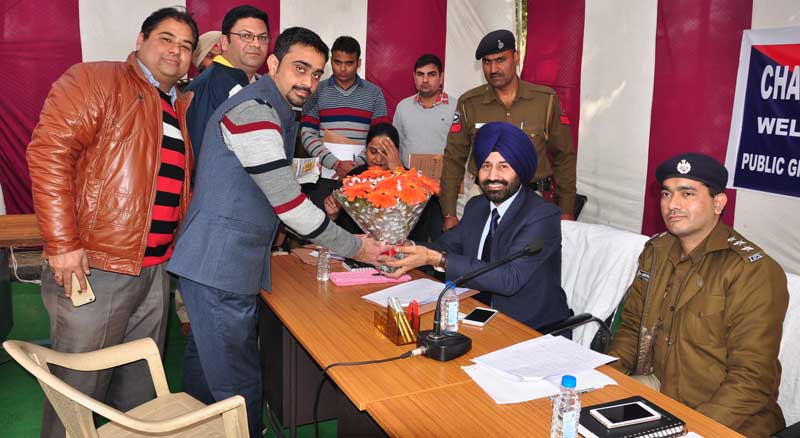 The delegation of ADFI was led by Advocate Neeraj Bhalla, National Vice President, Karan Bedi, President of ADFI’s Mohali Unit, Joint secretary of ADFI Zirakpur, Keshav who is a member of ADFI Zirakpur and other members of the organisation.

“We met the SSP and greeted him on the occasion of Lohri. The ADFI is working towards involving youth in the fight against drugs and on the auspicious festival of Lohri we appeal to all youngsters of Chandigarh & Punjab to take up the mantle against drugs.” Said Neeraj Bhalla, National Vice President, ADFI.