Agriculture Expert Warns of Worsening of COVID Situation if Stubble Burning is Not Curbed: As the COVID-19 pandemic is at its peak across North India and particularly Punjab, Sanjeev Nagpal- an established agriculture, soil health, and environment expert, who has been consulting the Punjab and Union governments’ on ‘systems’ for crop residue management’, has warned that stubble burning which is likely to start later this month during the Rabi crop season can exacerbate the COVID 19 situation. 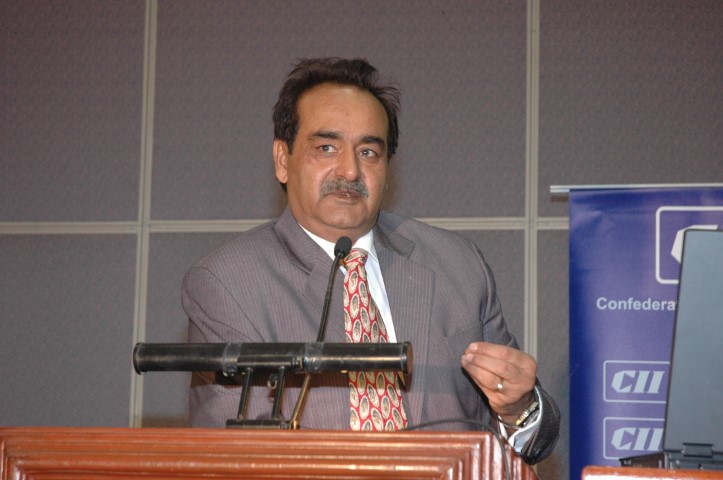 Sanjeev Nagpal, who is also MD of Sampurn Agri Ventures (SAVPL) said, “Last year nearly 50,000 cases of stubble burning were reported in Punjab. Stubble burning contributes about 18% to 40% to the particulate matter air pollution in the Northern plains. It emits large amounts of toxic pollutants in the atmosphere which contain harmful gases like methane, Carbon Monoxide, and carcinogenic polycyclic aromatic hydrocarbons, etc. If alternate arrangements to stubble burning are not made, these pollutants could give rise to respiratory problems, which will further worsen the COVID 19 situation, as the n Coronavirus also impacts the respiratory tract.”

It is important to point out here that last year’s stubble burning in Punjab and Haryana contributed to 44 percent of the pollution in NCR Delhi according to SAFAR, System of Air Quality & Weather Forecasting & Research, Ministry of Earth Science, Government of India.

Nagpal underlined that stubble burning not only causes massive air pollution but also affects the health of the soil, which is already in a bad shape in Punjab. It is noteworthy that the practice of stubble burning combined with excessive use of pesticides and chemical fertilizers over the years has resulted in a decrease of soluble silica, carbon, and other essential nutrients in the soil.

Nagpal further said, “Silicon (Si) is one of the most prevalent soil macro-elements, performing an essential function in healing plants in response to environmental stresses. The loss of Soluble Silica in the soil has given rise to Silica deficiency in humans exposing people to a greater threat of COVID 19 and other diseases. The reason:  insufficient amounts of Silica in humans reduce their immune response towards viruses and pathogens.”

So what is the solution to the open field burning of crop residue? Punjab alone produces over 55 metric tons of crop residues each year out of which over 40 percent have been found surplus. Nagpal explains that the resolution lies in large scale collection of crop residue from farmers at a price by plants and state governments, its storage, and then using technology for its conversion into organic manure and also biogas.

Nagpal’s SAVPL project in Punjab’s Fazilka has already created this technology in association with IIT and PAU, Ludhiana. The state-of-the-art project had purchased about 10000 MTs of paddy straw last year which benefitted around 500 farmers. The plant is making 8 MTs of silica manure per day now and the capacity is 25 MTs per day. The capacity of the project is to process 15000 MTs of crop residue every year.

Sanjeev Nagpal elucidates, “Our concept is to process stubble to make silica-rich manure that will improve soil health and food quality thereby improving people’s health. We want the Punjab government to give a fillip to the model of ‘crop residue management through its conversion into manure’ so that it is replicated across the state. This will not only solve the stubble burning problem but will help produce healthy food thereby helping farmers get better prices for quality food and consumers a chance to buy directly from farmers at a reasonable price.”

While the agriculture policy is being reviewed, the central government has allowed farmers to sell their produce directly to consumers.

Sums up Nagpal, “The idea is also to popularise quality manure among farmers and people in general to see the difference in plant growth. We will then connect farmers to consumers for quality food and better income of farmers.”

Entrepreneurship and Innovation must to address job creation in the country...